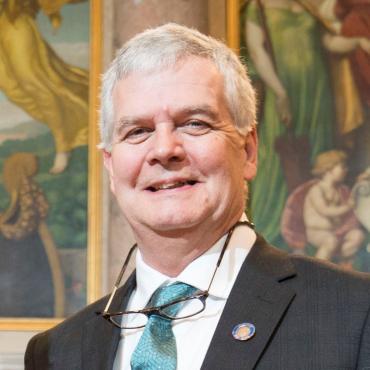 “If we don’t get this accomplished,” Smith told a group of about 10 individuals last Thursday, “lawmakers will not fear voters, they’ll only fear (party) leadership.”

Wisconsin will redraw district lines in 2021 based on the results of the 2020 census, and Smith said he was “thrilled” that Democratic Gov. Tony Evers announced he was forming a non-partisan group to develop the new district maps.

Smith represents the 31st senate district, which includes most of Trempealeau County.

“I expect the governor will veto (the redistricting map) Republicans (who are a majority in the legislature) will develop, and then he’ll have this alternative from people with no horse in the game,” Smith said. “It shouldn’t be up to elected officials to determine this most important issue.”

Smith condemned what he said was a Republican practice in 2011, as they established new districts based on the 2010 census, of getting new maps from “lawyers” and then signing non-disclosure agreements to bar discussion on how the maps were developed.

Those agreements, a woman in attendance asserted, were the real voter fraud in the state.

Smith heard from a county farmer who questioned the disparities of the taxes on woodlands in and outside the managed forest law. Smith said the legislature’s tax policies appear to be on a pendulum, swinging from supporting farmland to woodlands.

Whitehall Mayor Jeff Hauser encouraged Smith to consider raising the dollar threshold for requiring municipalities to seek bids. “It’s $25,000 now,” Hauser said, “and it doesn’t take much of a project to hit that amount.” He suggested the number be bumped to $50,000.

Attendees and Smith pondered how to ease “false” stories that get promoted through social media, with a suggestion individuals be given lessons on how to spot fake information, to a recommendation that posters pause before they forward suspect stories, to Smith’s recommendation that there be more reliance on the “old-fashioned” outlets of network television and public broadcasting.

In response to a question, Smith said he has not heard any discussion in Madison about how the capital might maintain essential state services in the event of a broader coronavirus outbreak.