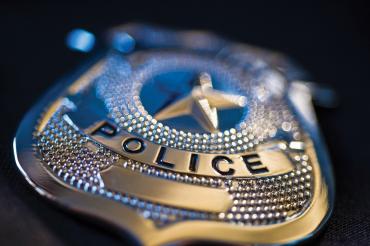 Details regarding the discipline that led to the negotiated retirement of Blair police chief Tim Wheeler became public last week after a Freedom of Information Act request made by the Times was fulfilled.

After 20 years with the city, Wheeler’s run as the chief of police in Blair will officially end next Thursday when his retirement becomes official. He has been on paid leave since Jan. 1 after reaching a severance agreement with the city.

City officials attempted to suspend Wheeler during a meeting on Oct. 22, after it was reported to them that Wheeler had sent a letter to the Ettrick village board calling for the resignation of village trustee Josh Hanson.

According to the disciplinary notice presented to Wheeler, the council did not authorize the letter, which appeared on official city letterhead. Council members voted unanimously —with member Terry Wheeler absent — to suspend Tim Wheeler for 45 days citing Section Two of the city’s personnel policy, specifically noting they felt the letter was unethical. Wheeler’s 45-day suspension was to be unpaid beginning on Nov. 1 with officer Mark Spaeth serving as the acting chief.

Wheeler refused to sign the disciplinary form, however, and instead filed a grievance on Oct. 28. Realizing they were not authorized to suspend Wheeler, the council rescinded the suspension at a Nov. 4 meeting and agreed to appoint a three-person panel to decide the discipline.

The panel, which included A. Brad Chown, city administrator of Black River Falls; village of Strum treasurer Michelle Loken and town of Albion clerk Sheree Nelson was never used because Wheeler instead offered a settlement.

After the council voted to continue to allow Wheeler and city attorneys to negotiate the settlement at their December meeting, it was reported that Wheeler was retiring on social media by the Trempealeau County Sheriff’s Office on Dec. 31.

The Times sent an open records request to the city of Blair on Jan. 2 and another on Jan. 8. The latter was responded to with records being released last week Tuesday.

According to the severance agreement, which was signed on Jan. 8, Wheeler worked until Dec. 31 before being put on paid administrative leave until Feb. 20. All accrued and unused vacation or sick leave will be paid on the next payroll date after Feb. 20.

Wheeler’s letter, which was not dated, noted “attacks” against the Blair Police Department by Hanson saying “Hanson is intentionally going out of his way to defame the city of Blair’s police department.”

“In the past I have ignored Mr. Hanson’s words, but I will no longer do so and am going to defend my dept. against false claims,” Wheeler wrote.

Wheeler speculated that the “attacks” were based on an OWI arrest of an Ettrick resident during Cheese Fest in Blair last September. He wrote that “based on Hanson’s history with bad and illegal behavior (he nearly ran two police officers over while OWI) it has always been clear he approves of his, and anyone else’s appalling activities.”

Wheeler then turned his words to the other Ettrick trustees writing “it is deplorable that you allow him to act publicly in this fashion….no matter what, he is viewed publicly as an Ettrick representative wherever he goes and it shows poorly on Ettrick in general that he is allowed to do so.”

The former chief police asked for the board to remove Hanson writing “his criminal record alone should have been enough to not be allowed on the board, let alone the police committee.”

Wheeler’s letter also stated that what Hanson had written was not a matter of freedom of speech saying “he is a member of a government body and being a public figure has regulations that hold him, and the village, to a higher level of ethical behavior while in office.”

The response from Ettrick — which was signed by village president John Beirne, and all six trustees, including Hanson — said that Wheeler’s letter contained “personal and potentially slanderous statements” about Hanson. It also stated that, because Wheeler’s letter appeared on city letterhead, they assumed it was authorized by the Blair city council.