Man arrested after chase in Whitehall 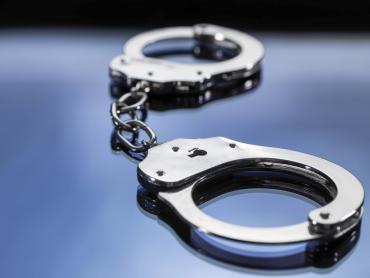 An Arcadia man who was being chased in Whitehall by sheriff’s deputies and police from three cities before crashing his car and trying to flee on foot faces two felony charges.

Gerson Anibal Ruiz Sabillon, 32, of 328 Washington St. was arrested Feb. 3 after officers say he drove away from a house on Hobson Street in Whitehall and ran through several stop signs before his car hit a light pole on Main Street. Sabillon reportedly then attempted to flee, running toward Dodge Street before he was captured.

The criminal complaint says Sabillon’s car nearly hit another vehicle and that the streets were busy at the time of the incident, just after 6 p.m. Officers say Sabillon was “very emotional” and that officers should “just shoot him.”

Besides deputies, officers from Whitehall, Blair and Independence police departments were involved in the incident.

Sabillon was charged with felon counts of second degree reckless endangerment and attempting to elude a police officer, and misdemeanor counts of bail jumping, resisting or obstructing an officer and operating under the influence, third offense.