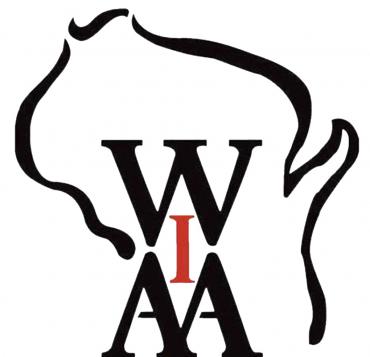 For the first time in his 36 years coaching, Randy Storlie has ended a season with a win. There was a brief celebration, in front of a small group of fans — mostly parents, but there will be no gold basketball.

They didn’t know it at the time, but Blair-Taylor’s win over Bangor in the Wisconsin Interscholastic Athletic Association sectional semifinal game on Thursday would be their last game of the 2019-20 season. Later that evening, WIAA officials made the call to cancel the remaining basketball games in response to the evolving concerns over the spread of COVID-19.

“I don’t think that the decision made in haste was the correct one,” Storlie said. “There had to be other options that could have been explored.”

Earlier in the week, the WIAA issued a release saying the boys and girls tournaments would proceed as planned. Those plans were changed early Thursday morning, however, when the WIAA decided to limit the attendance of the tournament games to 88 fans per school.

Later that day, the WIAA was informed that the Kohl Center in Madison would not be available for the state boys basketball tournament, scheduled for March 19-21.

After four sparsely-attended state girls basketball games at the Resch Center in Green Bay and boys basketball sectional semifinal games statewide, the WIAA pulled the plug, announcing the cancellation of the remaining games at 11:15 p.m. on Thursday.

“I want the student-athletes and their coaches to know that your school leaders, the WIAA Executive Staff, our committees and the Board of Control have done everything imaginable to try to provide and preserve these opportunities for you,” Dave Anderson, WIAA executive director said. “However, we want and need to be responsible in helping the global and state efforts to stem the tide and spread of this virus.”

Even though the season ended with a win, it still wasn’t a satisfactory finish for Storlie and B-T.

“I cannot put it into words,” Storlie said.  “To go from the top of the mountain one minute with a huge come-from-behind win against the second ranked team in Division Five to the bottom of the valley in a few short minutes is hard to take. I feel so bad for the guys and the fans and all involved in this.”

He added that his players have not taken the news well.

“Our guys feel like they are left out in the cold and have nowhere to turn,” Storlie said. “This is a sad day for basketball in the state of Wisconsin.”

Early indications were that the spring sports season was set to begin on time, but that changed Friday afternoon when Gov. Tony Evers issued an executive order to close all public and private schools from March 13 until April 6 (see story elsewhere in this week’s Times).

With that order, WIAA policy mandates that no practices, training or other team gatherings be held until school resumes. Due to WIAA practice requirements, the track, baseball, softball and golf seasons are not likely to begin until mid-April at the earliest.