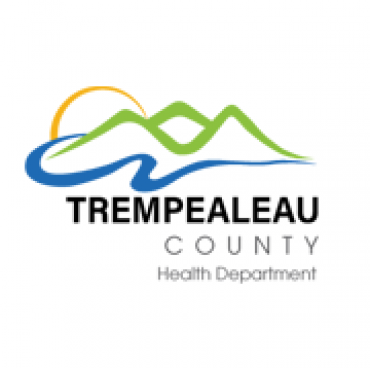 A free community COVID-19 testing site organized by the Wisconsin National Guard and Trempealeau County Health Department will be open in Arcadia next Wednesday.

The testing will be run from 10 a.m. until 7 p.m. as a specimen collection team from the National Guard will be on hand in the Arcadia High School, 756 Raider Drive, parking lot. The team will conduct 400 drive-through tests during the course of the day with positive results being referred to the Trempealeau County Health Department. Those who test negative will be notified by officials from the National Guard.

Those eligible for testing are people five years of age or older who show symptoms of COVID-19 or those who have been referred by the county health department. Symptoms include fever, cough, shortness of breath, sore throat, fatigue, headaches, diarrhea, nausea, vomiting, body or muscle aches, loss of taste or a loss of smell. A nasal swab technique will be used for the testing. According to health department officials, the technique is easy and painless. No appointment is necessary.

Similar testing locations have been held throughout the state, including one in Buffalo County on May 1. Buffalo County Health and Human Services reported there were 217 tests done that day with one positive result from the event.

As of May 13, Wisconsin National Guard teams had collected nearly 23,309 specimens statewide, 5,460 specimens were collected on May 12.

In addition, 38 troops are working at a call center that informs people of their COVID-19 test results.

The Wisconsin National Guard has fulfilled a variety of roles across the state since its response to the COVID-19 pandemic began after a March 12 public health emergency declaration from Gov. Tony Evers. Ongoing Wisconsin National Guard missions include a warehousing mission where 20 Citizen Soldiers are assisting the Wisconsin Department of Health Services at a state warehouse receiving personal protective equipment (PPE) shipments from around the state, repackaging them, and redistributing them to areas in need.

Meanwhile a team of Guard members is supporting the Dane County Coroner’s Office and assisting their office with mortuary affairs operations.

The Wisconsin National Guard has completed a number of other missions since the state’s response began in March including when it sent a team of six medics to a senior living facility in Grafton for three days to augment the staff after a COVID-19 outbreak resulted in a temporary staffing shortage.

More than 2,400 Citizen Soldiers and Airmen mobilized to support the Wisconsin Elections Commission during the April 7 election, where they served as poll workers across 71 of Wisconsin’s 72 counties. Guard troops also procured and distributed hand sanitizer, wipes, spray bottles, and PPE to polling sites statewide in advance of the election.

Another 160 Guard members served on State Active Duty as poll workers during the May 12 special election in Wisconsin’s 7th Congressional District.

Guard members also transported a group of Wisconsin citizens returning from a cruise ship with confirmed COVID-19 cases back to their homes in mid-March after a weeks-long ordeal.

All told, nearly 1,600 Citizen Soldiers and Airmen from the Wisconsin National Guard are now serving in direct support of the state’s response to COVID-19 in a variety of statuses.

No public restrooms will be available at the testing site in Arcadia.