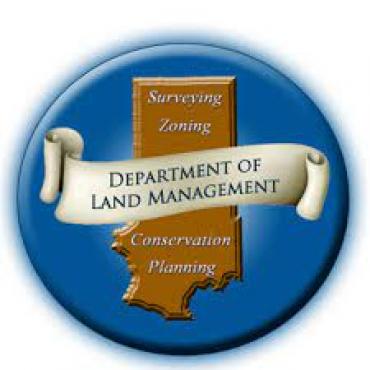 A county committee this week is expected to consider how to revive the department of land management that was left in “shambles” by a four-month-long dispute that resulted in the departure of its long-time director.

“I’m glad it’s over,” said county board chair John Aasen of the departure of Kevin Lien, the department’s director since 2008. “We need to move on with new heads. The department is kind of in shambles right now.”

Lien’s employment ended May 17, though the announcement of him leaving wasn’t made public until last Thursday. County corporation counsel Rick Niemeier said the delay was required by state statute. Niemeier said that an investigation by the county’s insurance carrier of staff complaints against Lien did not specifically lead to the director leaving the position. Lien had been on paid administrative leave since January.

The report is available to county supervisors, Niemeier said. No other details of Lien’s departure were available, including who made the decision that he no longer be employed by the county.

Lien was criticized by, in particular, the staff of land records who said his management was abrasive. Other present and former department staff and county committee members have also said Lien had been inappropriate toward some women in the department.

Land records staff member Nick Gamroth, who was instrumental in making public the questions about Lien, said he and his supervisor Ann Hempel are content to remain outside the department. The land records staff had sought to be separated from the department several months ago after what they said was poor behavior by Lien. Two county committees have since approved the separation.

During Lien’s leave, Hempel said she had to take over many managerial tasks. Staff in the land use department have also said their workload has increased as they dealt with vacancies and Lien’s absence.

Gamroth was critical of county board members who, he said, had not supported staff during the turmoil.

“They should have apologized to us for what’s gone on for the past several months,” Gamroth said. “Will they read the report? Will they understand what we’ve been put through? It has been a messy process. I hope (supervisors) make it clear that they care about county staff.”

The Environment and Land Use committee is scheduled to discuss the structure of the department at their meeting today (Wednesday). George Brandt, the committee’s chair, said the group now has the opportunity to restructure the department.

“It seems like every year we needed some new specialty that we couldn’t always find,” Brandt said.

There are three existing positions open in the department, four with the now-vacate director post.

Adding to the confusion around the department is the composition of the land use committee. The county’s towns’ association has recommending replacing their current representative, Kathy Zeglin, with Tony Munson. The county board, which tied eight-to-eight at its May meeting on who should fill the spot, is now scheduled to vote on the appointment June 21.

The town’s association chairman, Dan Lilla, said the group’s membership has not changed its recommendation that Munson should be appointed to the board. The group meets again the day after the county board vote, Lilla said.