Fire chief death shocking and a loss for Arcadia 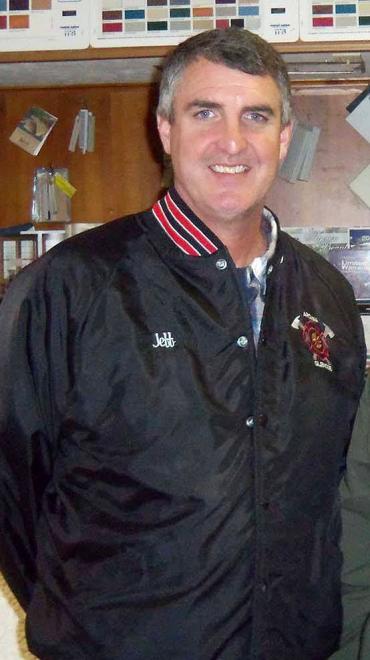 Those who worked with and knew Arcadia’s Jeff Halvorsen were consistent in their response to his death: He was a great community asset, and his death is a shock.

“This is a tough time for the community,” said Arcadia Mayor Rob Reichwein of the death of Halvorsen, 53, who was the Arcadia-Glencoe fire chief and co-owner and operator of Halvorsen Lumber in Arcadia. “He was a good friend of mine. Our daughters are friends. I’m shocked.”

Halvorsen’s body was found in his truck in Sawyer County Sunday afternoon. He had been missing since last Wednesday and was the subject of an intensive search that began Friday. No cause of death had been released as of Monday, according to Trempealeau County Sheriff Brett Semingson.

Halvorsen and his wife, Sara, have four children. Halvorsen had been chief of the 30-person Arcadia-Glencoe volunteer department since 2004.

“He looked out for us,” Foegen said.

Kevin Mayzek, a member of the Fire Board that oversaw the department, said he has known Halvorsen since he came to Arcadia 40 years ago. “I used to go down to Halvorsen Lumber just so I could talk to him. When (Reichwein) called today, we both cried. Jeff’s going to be missed.”

Dan Schreiner, who worked with Halvorsen years ago when Halvorsen was a dispatcher jailer and later when Schreiner was the county emergency management director and Halvorsen a fire chief, said “he was a consummate professional.”

“It’s shocking,” Schreiner said. “It’s hard to get my mind wrapped around this.”

Halvorsen began working at the family business, Halvorsen Lumber, in 1996. He and his brother Erik operated the business since buying it from their father, Paul, in 2007. He was an active member of the Arcadia Lions Club and a volunteer coach for the Arcadia middle and high school boys’ basketball teams.

Halvorsen began his fire career in 1988 when he was employed as a police officer for Whitehall and joined that city’s fire department. He joined the Arcadia-Glencoe Fire Department in 1990 and became a state-certified firefighter in 1994.

There will be a Celebration of Life held at the Wanek Center, 730 Raider Dr. in Arcadia on Saturday at 1 p.m. Rev. Sebastian J. Kolodziejczyk will officiate. Friends and family may visit from 11:00am until the time of service. A police and fire procession will begin at 10:00am ending with a salute to Jeff at the Wanek Center.

A full obituary can be found here.