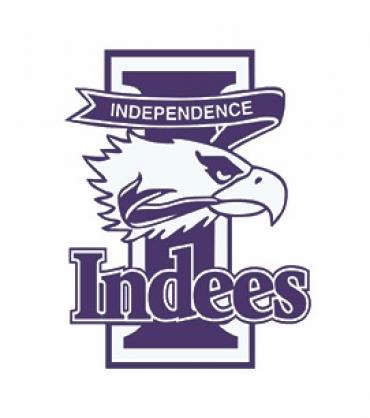 Extracurricular activities such as sports and clubs, as well as elective courses, could be at stake in the Independence School District should the non-recurring operational referendum facing voters this week fail.

It’s the hard truth, leaders of the district told the Times last week while also saying they aren’t trying to sway voters.

The referendum facing voters on Aug. 9 will ask for $900,000 per year for three years to help get the district back in the green. The deficit for the 2021-22 school year — the first year in which the district wasn’t operating under some form of referendum since 1997 — was $350,000 after using some cash reserves to cut the number down. Franzwa expects that number to double in 2022-23.

The district operated under a $700,000 referendum from 2016 to 2021, and taking inflation into consideration the district felt that the $900,000 ask was a fair question in an effort to replace the previous operating referendum.

“I feel like we have already made the necessary cuts in order to be fiscally responsible for our budget. What we have in place, I think, is really good. We have some really good educational programming that’s working for our kids, and I’d like to maintain that,” he said. “In order to do that. … we need to ask for a little more money.”

“We’re at an all-time low for the school portion of the mill rate,” Franzwa said.

Whatever is left after balancing the budget would be used for staff pay, which is also at a critically low rate.

Part of that is due to the COVID pandemic and new opportunities, but Franzwa said the hard truth is that some are leaving because they are paid better elsewhere — Independence is second from the bottom in the conference for teacher pay despite having the second highest state report card scores.

“There’s a huge investment in people and then when they turn around and leave that investment year in and year out, it makes it just really difficult to maintain the quality programs we have.”

“It’s just not sustainable for us every year to have such high turnover.”

If the referendum fails, the district would have to turn to its Fund 10 balance, typically reserved for short term borrowing and emergencies. Districts are supposed to have 20 percent of its budget in Fund 10, which Independence has now. A failed referendum would drop that.

A recent Times story reported that Independence saw about $350,000 in additional state aid to the equalization aid side of the formula, which means it can’t be used by the district to purchase or move around. Franzwa said it serves as more of a tax credit to lower the levy, which means now is the time to go to referendum because it will impact voters less.

This past year was the first time since 1997 that there wasn’t some form of a referendum on the district books, which caused the big drop. The district has long relied on referendums to survive, as have most districts in Wisconsin — 83 percent of schools across the state currently work under a facilities or operational referendum.

Retiring administrator Barry Schmitt said he “bleeds purple” and wants Independence to continue serving the community. This referendum, he said, would make that possible without cutting staff and programs.

“There’s always been a need there for money up above the revenue limit in Independence,” Schmitt said, pointing to low salaries and a need for referendums over the last 20 years.

He hopes the community will continue to support Independence schools and also pointed to the formula being as beneficial as it could be to the district right now.

“The three main parts of that formula are right now in our favor, in a perfect storm situation. We’ve got increased membership, low property tax valuation increases and we’re spending not outlandishly, but consistently,” Schmitt said.

NOTE: This story was corrected to show that the referendum is a nonrecurring operational ask and will end after three years.