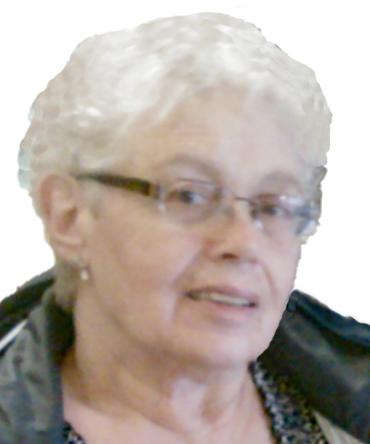 Agnes was born April 19, 1938, in Ludington, Wis., at home on the family dairy farm, to Ernest and Esther (Shong) Von Haden. Ernest was considered progressive, having a Delco generator, lights in the barn and the yard! Esther was a traveling nurse.

Agnes attended first grade at the White Country School, around the corner from the farm, and she and her sisters often walked through the culvert under the road to deliver eggs to the Ludington store.

When Agnes was six years old, they moved to Forest Street in Eau Claire. Lonesome for the farm, little Agnes cried for many nights.

While her father was employed at various jobs in the area, including the slaughterhouse, and Walter’s Brewery just down the street, her mother worked as a nurse at the original Sacred Heart Hospital, up the hill near the Sacred Heart Catholic Church. They rented out rooms to boarders for extra money.

Agnes studied the accordion for a few years, and graduated from Regis High School in Eau Claire, in 1956. She obtained a Bachelor of Science degree in Education, Primary, in 1960 at WSCEC.

It was at Fournier’s Ballroom where she and her friends enjoyed dancing to music from Glen Miller, Lawrence Welk, and Buddy Holly, and where she met her conversational match, Albin G. Gierok, from Independence. They talked and danced the night away. Her mother, father, and sister, Evelyn, put on their Sunday best and accompanied her to Midway Ballroom in Independence the following weekend, at Albin’s invitation. After a six-month courtship, they married on August 20, 1960, in Eau Claire at Sacred Heart Catholic Church. The dance of course was held where they had first met, at Fournier’s Ballroom.

After a honeymoon in Milwaukee, the couple settled down on the family dairy farm in Travers Valley, living with Albin’s parents for the first six months while Albin helped build their new house in town with lumber from the farm. Milk was stored in milk cans, water cooled in the milk house built into the side of the hill. Agnes helped milk that first year. Later she warned new brides to not follow her example, or else their husbands would expect help all the time!

As the herd expanded, Albin built a new milk house, including a modern bulk tank, and bought additional acres from his uncle, John Sluga, adjacent to the farm. Albin was a self-made mechanic and could fix and wire most anything. Relatives and neighbors helped build new machine shed and a round white addition onto the old red barn and sons Kenneth and James used their new toy hammers where they could reach. The finished buildings were each christened with an old-fashioned barn dance. Agnes made much of the food.

Agnes milked, gardened, fed calves, chickens, and cows, picked eggs, minded pigs, baled hay, shocked and thrashed oats, drove tractors, hauled hay, and still managed to put a good hot meal on the table, change diapers, can vegetables, jams, jellies, help her children with their homework, and teach them how to work and pray. While pregnant with her first born, Agnes carried slop to the pigs on the hill behind the house. No matter how tired she was, she said the rosary daily.

Albin and Agnes firmly believed all children are a gift from God, to be loved and cared for, no matter what. Over eight years came nine gifts, including a daughter, and eight sons which included premature triplets: a set of identical twins and a fraternal triplet that died a day later.

After many years of dreaming and planning, Agnes finally had a real bathroom (with two sinks!), a large family room, and a sewing room. The barn was upgraded with a step saver, followed by a pipeline, and the thrash machine was retired.

After they moved to town, Albin helped on the farm and worked on mechanical projects in his new shed. Agnes worked at ORC and Hunter Specialties as a seamstress, and later cleaned for Independence High School. She was a member of Ss. Peter & Paul Catholic Church, and the Rosary Society, and helped with preschool at the Catholic School, and fall festivals. Agnes enjoyed crossword puzzles, Family Feud, Molly B’s Polka show, sewing quilts, purses, and clothing for family and charities, babysitting grandchildren, Nancy’s Notions, Beaver Dam sewing events, traveling with family and friends, and old-time dancing with Albin. After Albin died, October 12, 2011, Agnes continued vacationing with her children.

Agnes was a strong, meek person, a great mother, grandmother, frugal, honest, and true, hardworking, dedicated to her family, and always ready with food and an ear to all that stopped in. She will be greatly missed by all.

A Mass of Christian Burial was held Friday, August 20, 2021, at 10:30 a.m., at Ss. Peter and Paul Catholic Church, Independence. Rev. Georgekutty Thayilkuzhitottu officiated. Burial was in the church cemetery.

Visitation was held at Edison Funeral Home in Independence, Thursday, from 4:00 p.m. to 8:00 p.m., with a prayer service and rosary at 7:30 p.m., and on Friday, one hour prior to the Mass at the church.