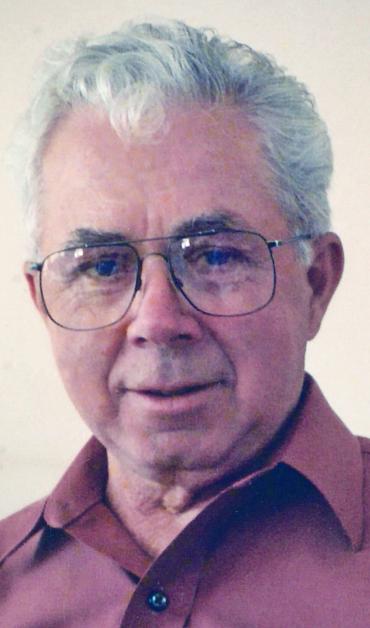 Albert was born on the Woychik family farm near North Creek, June 10, 1933, to Albert and Mary (Korpal) Woychik. Al’s grandparents, Lewis and Mary (Sobotta), homesteaded the farm after arriving in America from Popielow, Poland (Silescia) in 1868. The youngest of 10, Al walked to school each day to North Creek until the family moved to Arcadia. Al was an accomplished track athlete, having medaled in the mile run at the state level in 1952 and held a high school record for over 20 years. He graduated from Arcadia High School in 1953, and entered the U.S. Army in 1954. He was stationed along the DMZ in South Korea with the 24th Infantry Division at H.Q. Company Signal Corps from 1954-55. Al was extremely proud to serve his country and remained active with American Legion Post #17 – Arcadia, serving in their Military Honor Guard.

Al married his high school sweetheart, Luan (Schaffner), June 30, 1956, at St. Michael’s Catholic Church in North Creek and recently celebrated their 66th Anniversary on their son, John’s, farm, surrounded by family and friends. Together, they purchased a Dolly Madison Dairy franchise from his brother, LeRoy. After 18 years, they sold the dairy and relocated to a farm just south of Arcadia, acquired over 55 years ago. They successfully, with the help of their family, ran a dairy, Charolais beef and crop farm. Upon retiring, Al began selling seed corn for Jaques, Pioneer and Kruger. Throughout his life, being close to the land was paramount to him, whether it be hunting with family and friends, taking local courses on how to improve farming techniques or making many dams and retaining ponds on his property to control erosion, the land was important to him.

Al and Luan were committed to family, friends and their community. He was a member of the Lions Club, Knights of Columbus and the American Legion. He also enjoyed restoring his 1929 Model A back to its original glory. They taught their children the true value of hard work and the importance of family.

A Mass of Christian Burial will be held Thursday, August 11, 2022, at 11:00 a.m., at Holy Family Parish in Arcadia, with Father Kyle Laylan officiating. Family and friends are welcome to the visitation from 9:30 a.m., until the beginning of mass. Burial with full military honors conducted by Tickfer-Erickson Post #17 will follow at St. Miachel’s Catholic Church in North Creek, with lunch after at Holy Family Parish.

Thank you to everyone at the Mayo Health Cancer Clinic, Dr. Gill, PA Allison Humes and Hospice RN Jodi Doebbert for their exemplary care. Memorials in Al’s honor may be directed to American Legion Post #17 in Arcadia, the Humane Society or the Aging & Disability Resource Center (ADRC) of Trempealeau County, Wisconsin.

To leave an online condolence for his family, please visit www.wozneykillianfh.com.