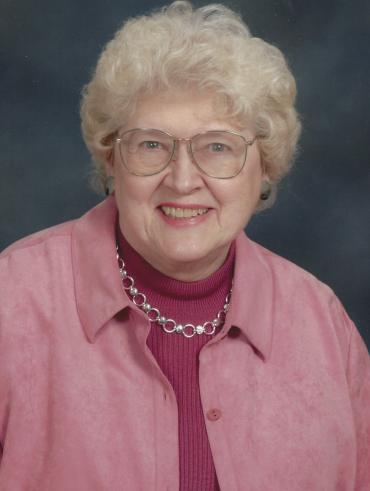 Darlene was born on a farm in Hesper, IA., November 16, 1932, to Willard (Bill) A. and Violet Amdahl Welch. She moved with her parents to Mabel, MN., at the age of four. Her parents later divorced when she was 16, and she lived with her mother in Mabel until she graduated from Mabel High School in 1950. They both moved to Winona, MN., where she attended Winona Secretarial School and worked for several years there when she met and eventually married James W. Cotton, January 2, 1954.

Jim and Darlene lived in Winona where Jim worked for Mississippi Valley Public Services, Co. until 1959, when he was transferred and subsequently worked for NSP in Melrose, where he was born. When in Winona, Darlene gave birth to a daughter in 1954, and then a son in 1957. While in Melrose, she raised her two children, was a member of the Methodist Church, loved bowling and was part of the women’s circle. She gave birth to another daughter in 1967, and then worked at the Rose Café until, after 18 years, Jim was transferred in 1977, to Galesville, where they both lived until his death in 2009.

While living in Galesville, Darlene worked at Marinuka Manor for 30 years, two years in the kitchen then 28 years in the laundry. She also worked at the Food Pantry and was a member of the First Presbyterian Church. She made many friends at the Manor, Food Pantry, and at her church who will be sad to learn of her passing. She also took care of her two grandchildren in between her many jobs. It was a running joke that her children needed to make an appointment to see her since she was so busy.

Darlene moved to an independent living apartment in Holmen, tied with Bethany Lutheran Homes, in 2016. She enjoyed meeting the many residents who lived in the surrounding apartments and developed solid friendships. Throughout her 87 years of life, there have been several constants: her religious belief, her family and the many friendships she has made. Her family and friends will miss her greatly as she continues on her journey to be with her maker.

She is survived by her three children: Cathy of West Salem, Rick (Kathy) of Onalaska and Stephanie Kay Holthaus of Holmen; and her boyfriend, Kevin Bradbury, who Darlene thought of as family; her two grandchildren: Casey Lea Holthaus, Jesse James Holthaus; and her six half-sisters and two half-brothers. She was preceded in death by her husband; both parents and grandparents; and two half-brothers and one half-sister.

Her family would like thank Betsy and the St. Croix Hospice team for taking such good care of their mother, and also the staff at Bethany Assisted Living facility.

Darlene’s family requests that anyone attending the visitation wear a mask and practice social distancing, due to the concerns of COVID-19. A private burial will take place at a later date. In lieu of flowers, please donate to your favorite charity.