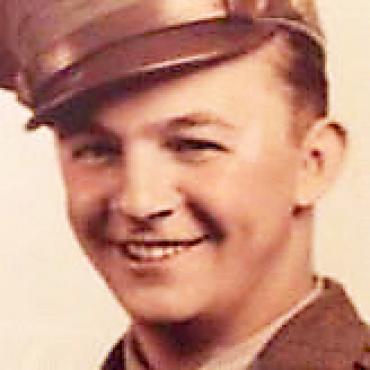 David L. Demichei, 97, of Chambersburg, PA, passed away Thursday, February 3, 2022, at his home with his children and grandchildren holding his hands.

David was born March 26, 1924, in Roswell, Ohio, the son of the late Joseph and Angeline (Moratti) Demichei. The family moved to Wisconsin where Dave excelled at football at North High in Milwaukee. He earned a football scholarship at University of Wisconsin until WWII intervened. At age 19, he enlisted in the U.S. Army 7th Air Corps, 38th Bombardment Squadron, 30th Bomb Group. He was a radio operator and right waist gunner aboard B-24s in the Pacific Theater. David said he should have been killed five times in crashes, all stateside during training! His last mission, February 19, 1945, was bombing the beaches on Iwo Jima before the Marine landing. His great sorrow during the war was knowing of the killing of thousands of teenaged boys on that island. During leave in California, on October 11, 1944, he married our mother, Josephine Mary Rutoski, the girl who taught him how to dance before he left for war. Dave returned home to finish college, played football and earned a Bachelor’s degree from UW – Whitewater in 1949, where he was a member of the Phi Chi Epsilon Fraternity, serving as President in 1947. He secured a position teaching business education at Evansville, Wisconsin high school and accepted an offer to coach the football team. This was his “dream job” and he led his “boys” to a championship the second season. He called these times the happiest of his life. However, a growing family demanded a move to a better paying job at Marathon Corporation in Neenah before coming to Chambersburg in 1961 to open American Can Company where he served as personnel director until retirement. He brought along many families to run the plant and was instrumental in raising funds to expand Corpus Christi Catholic School to accommodate the influx of large Catholic families. In retirement, Dave and Jo enjoyed dancing, and traveling cross country visiting friends and relatives, especially California. Dave loved all sports and played baseball and bowled for American Can leagues. Dave frequently played 18 holes of golf at Conocodell Golf course. He cheered for all Wisconsin teams, the Green Bay Packers, Badgers football and basketball. He frequently attended his Alma Mater homecoming games (the Warhawks) and parades and enjoyed special reunions with his former students and the “boys” he coached in Evansville. He maintained many life-long friendships through the years.

David was a member of St. Ignatius Loyola Catholic Church, the Knights of Columbus, Charles Nitterhouse Post 1599 VFW, the Penn Mar Dance Club, the Gettysburg Fly Boys Club, and the WWII Roundtable. Dave loved dancing and was still dancing the Jitterbug past his 95th birthday. His wife, Jo, preceded him in death, November 29, 1999.

He is survived by five children: Diane (Bob) Ebersole of South Mountain, Barbara (Mike) Burkholder of California, David (Marian) Demichei of California, Terri (Ron) Ellis of Waynesboro, and Toni (Richard) Brewbaker of Greencastle. He was affectionately called “Puck Up” by 11 grandchildren and 15 great grandchildren. He is also survived by numerous nieces and nephews. In addition to his parents and wife, he was preceded in death by an infant daughter, Joanne; daughter, Constance (in 2007); sisters: Edith, Mary, Yolanda, and Gloria; and his brothers: Joseph, Herman, and Raymond.

Interment with military honors by members of the Charles Nitterhouse Post 1599 VFW Honor Guard will follow in the adjoining church cemetery. The family will receive friends Thursday, February 10, 2022, from 5:00 p.m. to 8:00 p.m., at Thomas L. Geisel Funeral Home and Cremation Center, 333 Falling Spring Road, Chambersburg, PA. where a Vigil service for the deceased will be held at 7:30 p.m.

Condolences and memories may be shared in his Book of Memories page at geiselfuneralhome.com.