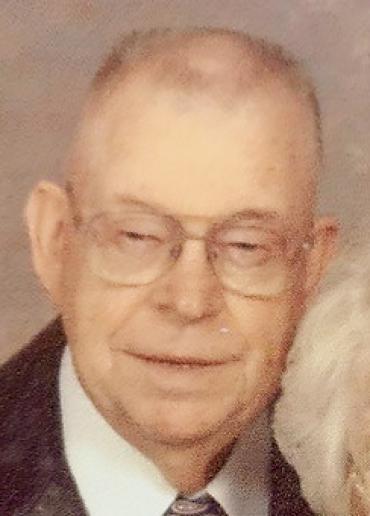 Delmar was born January 26, 1933, to Palmer and Hazel (Nelson ) Dahl. Delmar grew up in Taylor, and attended and graduated from Taylor High School. After graduation, Delmar joined the U.S. Marine Corps and is a veteran of the Korean War. On February 17, 1956, he married Mary J Klomsten. He worked for the railroad, and they resided for a short time, in Minneapolis, MN, as well as Crystal Lake, IL, and Elk Mound, before settling in Whitehall where he worked as a lineman for the City of Whitehall. In 1978, he accepted a position as the utilities manager in Black River Falls.

Delmar later accepted an opportunity to become an owner of American Test Center, Inc. of St. Paul, MN. Delmar was creative and always liked to keep busy. When he retired from ATC, he loved to spend time doing projects around the house and working in the yard. Delmar enjoyed landscaping, and his yard was his pride and joy. Among his various projects around the house, he also had a well designed and comprehensive workshop where he would create custom furniture for clients.

Many people in the region likely remember seeing Delmar at his post as a greeter at Walmart. He wanted to be able to do a little bit of socializing yet bring an element of exceptional customer service in his post-retirement position. He always maintained that being the first person a customer sees when they walk in the door is very important for a company. It sets the tone, and his goal was always to be a smiling face who could help in any way he could. So many people loved him.

Delmar is survived by his two daughters: Denise and Jennifer; as well as two sons -in-law; two grandchildren; and two great-grandchildren. He is also survived by three sisters: Janice and Natalie, both in Wisconsin, and Ellen, in Tennessee; as well as many nieces and nephews throughout the United States.

A viewing will be held at Torgerson’s Funeral Home alongside with his wife, Mary, Thursday, December 16, 2021. They both had experienced sudden illnesses that facilitated their deaths.