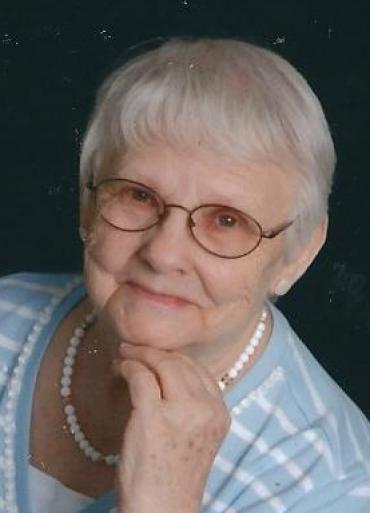 Delores was born September 20, 1931, in Whitehall, to Olaf and Anna (Berge) Wivelstad. She was the seventh child of 10 born to the family. She was also the third girl of five.

Delores married Raymond Galstad in 1949, and they had three children: Roger, Ann and Paul. In 1975, they divorced and Delores married Eldon Schorbahn about two years later.

Delores was well known in the community of Whitehall as most of her working days were spent working in retail stores downtown. She also had the distinction of being the last surviving telephone operator who used to connect callers on the old fashioned hand-crank telephone system of the day.

Delores is survived by two sons: Roger (June) Galstad and Paul Galstad both of Eau Claire; a daughter, Ann Nelson of Minnesota; two grandchildren: Ethan (Nicki) Galstad of Plum City and Cathy (Don) Bigspring of Siletz, OR; four great-grandchildren: Ian Galstad of Plum City, Tehya, LaKota and Autumn Bigspring of Siletz, OR; and a sister, Ethel (George) Lyga of Independence.

In addition to her parents and husband, Delores was preceded in death by five brothers and three sisters.

Funeral services will be held Friday, March 12, 2021, at 1:30 p.m., at Jack Funeral Home with burial at Lincoln Cemetery, both in Whitehall. Dr. Roger Galstad, Pastor, will officiate.