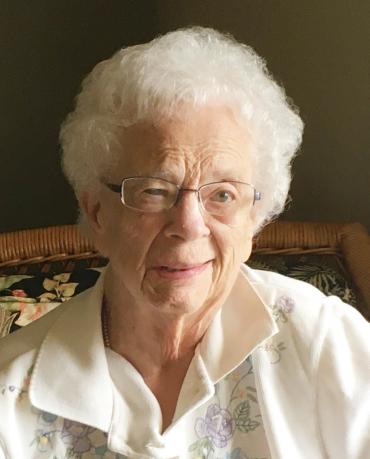 Delores was a fantastic cook and baker. It didn’t matter what she tried, it always turned out delicious! Many calls were made to Grandma from her children and grandchildren with baking, cooking and food questions. She always knew the answer! She could be seen on her front porch sitting in the sun reading new recipes and listening to country music. She also read recipe books like some people read novels! Back in the day, Delores loved to collect beanie babies, nearly as much as recipe books! She could be found with her neighbor on the hunt for the latest editions.

In addition to her parents and husband, Delores was preceded in death by a son-in-law, Richard Mathson; a sister, Shirley Hanson; and brothers: Chester Kaegbein and Jim Kaegbein.

The funeral service will be held Wednesday, August 25, 2021, at 11:00 a.m., at Colonel Larson Park Shelter in Whitehall. Pastor Peter Jonas will officiate. Masks and social distancing will be required. No lunch will be served.