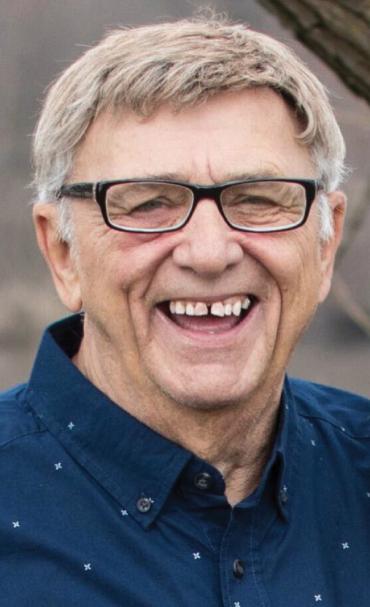 Dennis Stanley Menk, 75, (a.k.a. “Grandpa D”) of Holmen, passed away peacefully, surrounded by loved ones, March 16, 2020, at Mayo Clinic Health System in La Crosse.

He was born in Windom, MN., January 17, 1945, to Herbert and Eileen Menk. He graduated from Tracy High School in 1963. Dennis loved to play sports and sacrificed his extra curriculars when he became a father and married the love of his life, Randi Revard, as a junior in High School, February 3, 1962. They recently celebrated their 58th anniversary. He worked at Tri-County gas station to provide for his family. His family was the most important aspect of his life. Their second daughter, Melissa, was born in 1967, and their third daughter, Suzanne, in 1972. They raised their family in the Minneapolis, MN., area until 1977.

Dennis was a pioneer to the computer world and graduated from Control Data Institute in Bloomington, MN., in 1967. He later became an IT/Programming Instructor after attending U.W.– Stout in Menominee. His love for his students and co-workers was a special one. He taught at Chippewa Valley Technical College from 1981-2004, and was Teacher-of-the-Year two years in a row.

In 1977, he and his family moved to Wisconsin, where he worked at International Dried Flower/Floral Farms and Whitehall Packing. He and his wife, Randi, had an antique business that they both loved and worked at acquiring antiques, refurbishing and selling. Their business was called Granny’s Goodies. Upon moving to Pigeon Falls in 1977, he loved getting back to the farming community as the life he knew growing up in Jeffers, MN., and Currie.

His greatest love was his family. Hobbies included fishing, spending time outdoors and taking leisurely rides on his pontoon with his love, Randi, on Chain Lake. He was also an avid WWE fan and a Vikings or Packers fan…whoever was winning.

In 2005, Dennis and Randi moved to Holmen to be closer to family. They loved to attend all the grandchildren’s extra curricular activities. For the past several years, they were snowbirds and would escape the Wisconsin cold to vacation for extended periods of time in California and Florida. They also enjoyed taking trips up to Duluth.

is positive attitude and love for life will be missed by many. He always knew how to lighten the mood with his witty sense of humor. We find peace in knowing that he is healthy in Heaven, visiting with his family and friends that have passed.

Dennis was preceded in death by his parents, Herbert and Eileen Menk; his son-in-law, Rex Elvaker; his in-laws, Earl and Mildred Revard; and several other family and friends. He was looking forward to seeing all of them as he went to Heaven.

In light of current circumstances, the celebration of life is TBD. Memorials may be sent to P.O. Box 581 Blair, WI 54616.