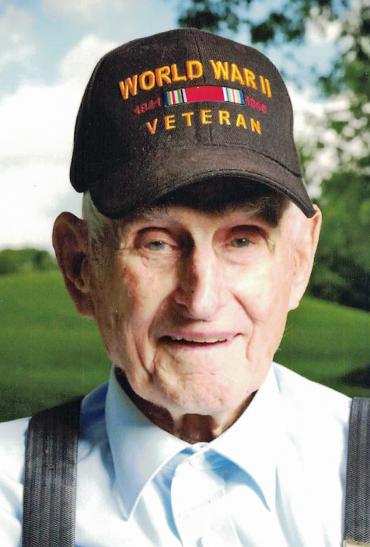 Don was born December 18, 1921, in Oxford, IA, to William and Bertha (Hasley) Simmons. He was a proud U.S. Marine veteran, serving during World War II from 1944 – 1946. He often spoke of being in the Pacific on the islands of Tinian, Saipan, Kwajalein and Guam.

Don married Lennice I. Stutlien, January 14, 1947, at Ss. Peter and Paul Catholic Church in Independence. They were blessed with 60 wonderful years of marriage. Don and Lennice farmed together in Peterson Coulee from 1949 to 1986, upon which time they retired and moved to Blair.

Known around Blair as “Grandpa Don,” he loved his family and community.

A mass of Christian burial will be held Monday, June 20, 2022, at 11:00 a.m., at St. Ansgars Catholic Church in Blair. Burial with military rites conducted by the Knudtson-Mattison American Legion Post #231 will be in the Zion Lutheran Cemetery in Blair following the service. Father Jeyaseelan Yobu (Father Jey) will officiate.