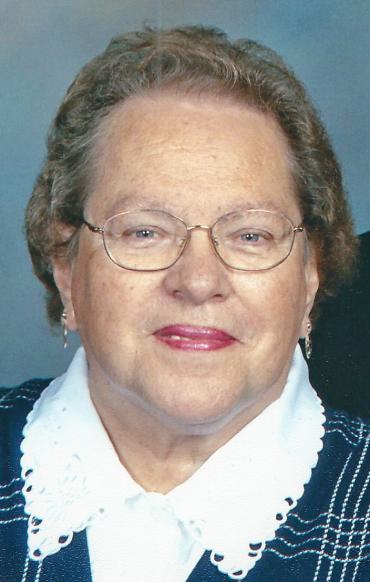 Donna was born March 14, 1938, in the town of Pleasant Valley in Eau Claire County to Stanford and Gena (Olson) Stuber. She lived with her parents on a farm in the town of Clear Creek in Eau Claire County. Donna attended Kneeland Elementary School (eight grades) and graduated from Osseo High School in 1956. She worked at National Presto Industries in the payroll department from 1956 through 1959, and from 1966 to 1970.

Donna married Gerald Myren, May 10, 1958, in Cleghorn, and continued the farming endeavor in the town of Hale in Trempealeau County until April of 1983, when they moved to the town of Lincoln, rural Whitehall.

Donna started in the education field as a Title 1 Teacher’s Aide in March of 1972, at Pigeon Falls Elementary School, and transferred to the Whitehall School District Bookkeeper position, retiring in January of 2001.

Donna was a member of Saint Paul’s Evangelical Lutheran Church in German Valley, rural Whitehall; taught Sunday School for several years and was a member of the Ladies Aid and the church choir.

Donna loved reading, watching television, traveling and most of all, spending time with the family.

In addition to her parents and daughter, Donna was preceded in death by a brother, Norman; and a sister, Joyce.

Funeral services will be held Friday, May 7, 2021, at 1:00 p.m., at Saint Paul’s Evangelical Lutheran Church with burial in the church cemetery, both in rural Whitehall. Pastor David Knefelkamp will officiate.

Friends may call one hour prior to the service.