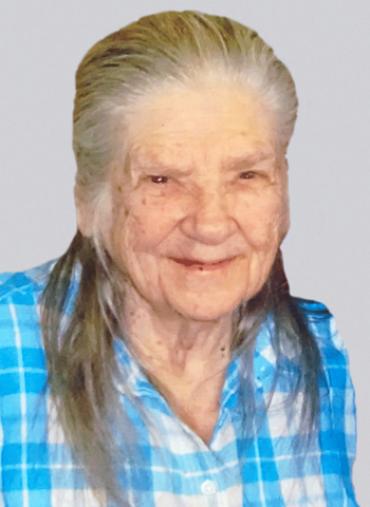 Raised on the family farm in Alma, Doris had scarlet fever and whooping cough as a youngster. When she was eight years old, the family moved to a farm in Strum where she graduated from Whitehall High School. Doris attended Trempealeau County Normal where she received a teaching degree to teach in one room schools. Later, she attended the State Teacher’s College in Milwaukee. Doris taught kindergarten and first grade for ten years. She worked at Josie’s Italian Restaurant in Madison for 23 years and was a nurse’s aide at the University of Wisconsin Hospital for five to six years.

Doris studied painting at the Layton School of Arts and enjoyed writing poetry and creative writing. She enjoyed playing the piano and was an accomplished pianist.

Doris resided at Sienna Crest in Oregon. She was a remarkable woman who didn’t need glasses or hearing aids and walked unassisted until a stroke and COVID-19 confinement set her back in her final days.

Surviving Doris are three sisters: Katherine Fandrey of Bloomington, MN, and her three children; Marian McChesney of Lake Forest Park, WA, and her 13 children; and Audrey Miller (Robert) of Madison, WI, and their four children; also one brother, Curtis Mueller (Marge) and their three children of Palmer, AK; her guardian, Gail Holmes of Madison; and many nieces, nephews and their children.

A private family service will be held at a later date.

A special thank you from the family to the staff at Agrace Hospice Care and especially to Gail Holmes for her kindness and attention. Online condolences may be made at www.gundersonfh.com.