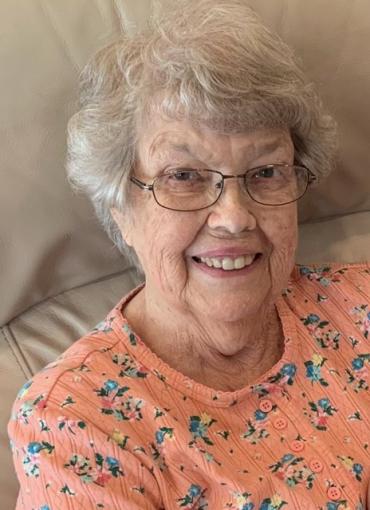 Florence was born October 4, 1934, to Edwin and Adeline Nelson of Pigeon Falls. She married Maynard Saxe, January 17, 1953. Florence was a pattern maker and was part of starting the HECO company in Harmony, MN. In 1976, Maynard and Florence moved to Hegg, where she enjoyed using her amazing talents to crochet numerous afghans, stuffed animals, scarves, and hats for her family. She was also actively involved in the auxiliary in both Harmony and Ettrick.

Florence is survived by her loving husband of 69 years, Maynard. They have three children: Mike (Sue), Debbie (Vespin), and Cyndie (George); five grandchildren; and eight great-grandchildren. She is also survived by two sisters; and her brother.

She was preceded in death by her parents; her in-laws; her brother; and her sister.