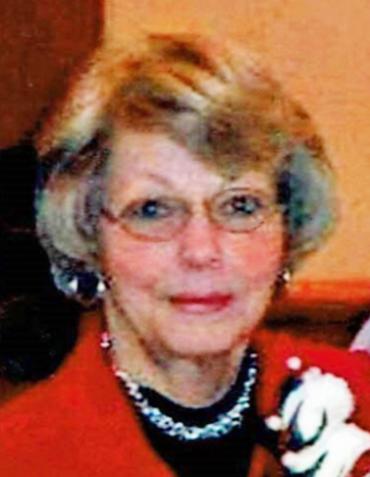 Janet Marie Moore was born March 13, 1936, in Independence, the daughter of Henry and Sara (Sura) Roskos. She grew up in Independence and graduated from Independence High School in 1954. Jan then attended the Accredited School of Beauty Culture in Eau Claire and was employed at the Kut and Kurl shop in Ladysmith as a beautician. On October 19, 1963, she was married to Stanley R. Moore at Ss. Peter and Paul Catholic Church in Independence. They made their home in Apollonia, WI, on the family farm where they raised two sons: Rick and Doug.

During this time, Jan excelled in raising her two sons while occasionally cutting hair for close friends and relatives. She enjoyed snowmobiling in the Blue Hills, golfing at Taylor’s Amacoy Golf Course, participating in a bowling league, canning, cooking, and collecting antiques. She was a member of Birthday Club, the Red Hat Society, and the American Legion Women’s Auxiliary Post #268 in Bruce. She will be missed by friends and family.

She was preceded in death by her parents, Henry and Sara Roskos; and her brothers: Henry (Hank) Jr. Roskos and John Roskos.

Nash-Jackan Funeral Home handled the arrangements. Visit us at www.nash-jackan.com.