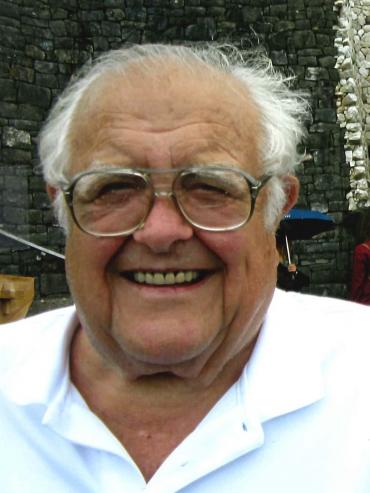 John was born April 2, 1931, in Merrillan, the son of Arthur and Beulah (Waterpool) Geske. John graduated from Eau Claire High School and later UW–Eau Claire. He later achieved his Masters Degree in Psychology from UW–Milwaukee. John was proud to serve in the Wisconsin National Guard from 1955 to 1958.

John worked at Stanley High School as a teacher & coach for two years before moving on to Hartland-Arrowhead where he progressed from teacher up to being part of the administration team. After retirement from teaching, John moved to his hunting property in Blair, and was elected to the Trempealeau County Board and the Board elected him Supervisor. When his wife’s health required it, they moved to Altoona, where he has resided the last decade.

John played Minor League Baseball and is a member of the Eau Claire Baseball Hall of Fame. He was an avid sportsman. John loved his hunting & fishing trips to Canada. He also enjoyed hunting on his property in Trempealeau County. John was a woodworker and was well known for his decoy carvings. Collecting coins was also a fun hobby of John’s.

John wintered for more than two decades at The Tiki on South Padre Island. Traveling occupied much of the decade of his 80s. He traveled numerous times to Europe. He also explored the Caribbean, Central America and South Africa. John enjoyed the Senior Center in Eau Claire, and loved having conversation with his many friends there.

He was preceded in death by his parents; two wives: Jackie and Stephanie; his special friend, Sally LaRose; one brother; and two sisters.

Memorial Services will be held Saturday, June 19, 2021, at 12:00 p.m., at Bethlehem Lutheran Church in Altoona with Pastor Tim Stein officiating. Memorial Visitation will be held two hours prior to service at the church on Saturday. Inurnment will be private at a later date at Lincoln Cemetery in Whitehall.

Memorials received will be split among John’s favorite charities.