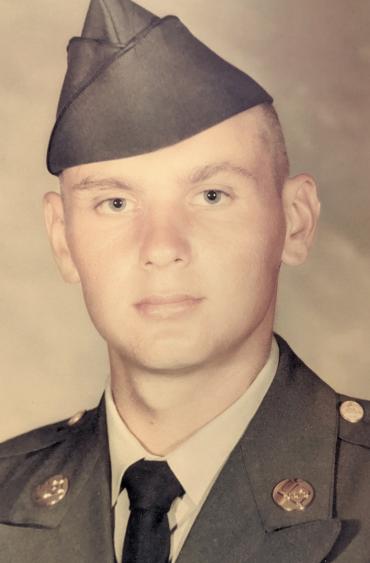 John was born on his family’s home farm in Waumandee, March 29, 1947, to Emil and Dorothy (Sluga) Konter. At an early age, John’s family moved to Independence where he graduated from high school with the Class of 1965. John was drafted into the U.S. Army and served during the Vietnam era. After his honorable discharge, John returned home to Independence and was united in marriage to Shirley Dubiel, July 4, 1970, at Ss. Peter and Paul Catholic Church. Together, the couple was blessed to share 52 years of marriage and raised four children.

John worked construction for many years, beginning with Ebner Construction and retiring from Fowler & Hammer, Inc. He enjoyed hunting, fishing, gardening, raising fruit trees, watching sports, listening to music and talking and visiting with others. Most importantly, John loved to spend time with his wife, children and grandchildren. He was a member of Ss. Peter and Paul Catholic Church and the Sura-Wiersgalla American Legion Post #186.

He was preceded in death by his parents; brothers: Donnie, Wayne, and Bernie; sister, Bernadine “Tootie” Schank; and brother-in-law, Clarence Klimek.

A Mass of Christian Burial was held Friday, October 21, 2022, at 10:30 a.m., at Ss. Peter and Paul Catholic Church. Father George Thayilkuzhitottu officiated. Family and friends were welcomed for visitation, beginning at 9:00 a.m. until the time of service at church. Burial, with military rites presented by the Sura-Wiersgalla American Legion Post #186, was in the church cemetery. To express condolences to his family online, please visit obituaries at www.edisonfuneralhome.com.