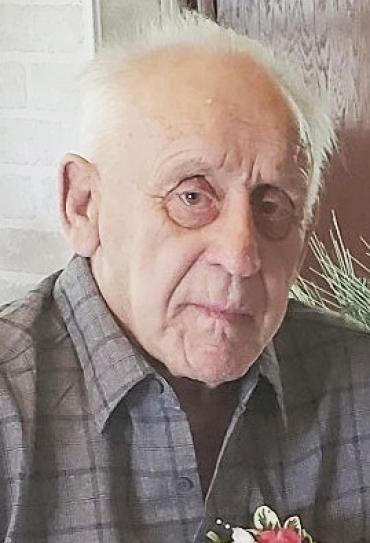 Lavern A. Pampuch, 91, of Independence, passed away Friday, August 5, 2022, at home on the family farm. He was under the care of St. Croix Hospice and his family.

Lavern was born June 17, 1931, in Whitehall, to Ignatz and Pauline (Bauch) Pampuch. He attended Ss. Peter and Paul Catholic School, and the Independence Public School, where he graduated with the Class of 1949. On June 30, 1962, Lavern married Elizabeth M. “Betty” Kruchoski at St. Richards Catholic Church in Richfield, MN. They had four children, two sons and two daughters, and recently celebrated their 60th wedding anniversary.

Lavern was a dairy farmer. He owned and operated the farm purchased by his grandfather in 1877. He was proud of his Polish heritage. Lavern was a lifetime member of Ss. Peter and Paul Catholic Church. He served on the creamery board at Independence and was a member of the NFO and the Button Box America Club.

Lavern learned to play the accordion in his youth. He enjoyed all music, but especially a Polish polka. He played in bands as a young man and, in later years, entertained in nursing homes and for local events. He participated in the International Fest at the University for several years. Many friendships were made through music.

Lavern was preceded in death by his parents; an infant brother, Donald; and a special cousin, Theresa Presnall.

A Mass of Christian Burial will be held Friday, August 12, 2022, at 10:30 a.m., at Ss. Peter and Paul Catholic Church in Independence. Family and friends are invited for visitation on Thursday, August 11, 2022, from 4:00 p.m. to 7:00 p.m., at Edison Funeral Home, where there will be a 7:00 p.m. Prayer Service, followed by a rosary. Visitation will also be held at the church on Friday one hour prior to mass. Burial will be in the church cemetery.

To leave an online condolence for his family, please visit www.edisonfuneralhome.com.