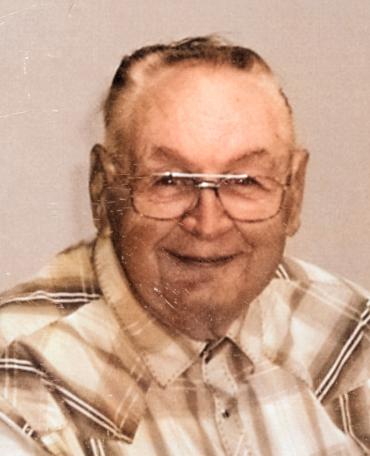 LaVerne Sura, 85, of Arcadia, passed away April 22, 2021, at Mulders Health Care Facility in West Salem, after battling many health issues.

After serving in the U.S. Army in Germany, he and Mable resided in Arcadia where they raised their children, Mary Jo and Frank.

He pursued many careers, which included Whitehall Packing, a meat processing plant in Norwalk and Eckle Implement in Arcadia. After “retirement,” he worked for the City of Arcadia where he mowed grass around town and tended to the local parks.

Along with mowing grass, LaVerne enjoyed going to the casino, fishing, gardening and his apple trees. He liked tinkering and fixing things. LaVerne was always there to lend a helping hand to his family and friends, and was known to drop everything at a moment’s notice if you needed anything.

He is survived by his children, Mary Jo (Darrell) and Frank (Angela) Sura; his three grandchildren: Dakotah and Colton Bork and Alex Sura; and many nieces and nephews.

LaVerne was preceded in death by his parents; his wife, Mable; sisters-in-law and brothers-in-law; and a nephew, Robert “Bob” Lubinski.

A private graveside service will be held for immediate family only with a Celebration of Life to be held at a later date.