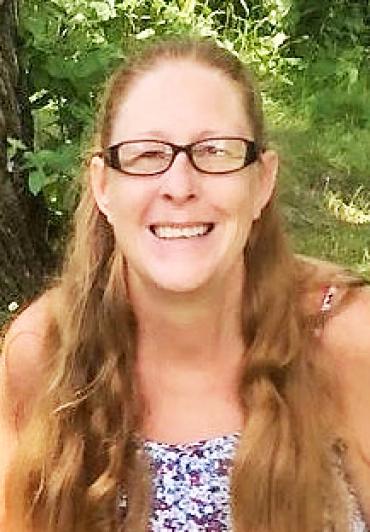 This is the story of Lisa Ann Schock. She was a wonderful woman that was loved, is missed and will always be cherished. Our “Heema” (as she was affectionately referred to by her granddaughter; “Sweetie,” as she was lovingly referred to by her husband) was an amazing wife, mom, grandmother, sister, daughter and niece who was resilient and a quiet strength for our family.

Lisa was born in North Conway, NH, and was the youngest child to Robert (Bob) and Janet Grace. Being part of a military family, Lisa spent time growing up in many places including New Hampshire, Germany, Alaska and North Dakota. She was blessed to have two older siblings to show her the “ropes” — Connie Johnson and Jeffrey Grace. Together, they were “the three stodges”. Throughout their childhood, Lisa was their constant sidekick, best friend and sometimes a pain in their butt, like little sisters can be. Lisa’s aunt, Carol “Biff” Prata recalls a time when, as a child, the little redheaded firecracker got into trouble by taking something in the medicine cabinet she shouldn’t have, resulting in her becoming a nonstop chatterbox for over 24 hours.

Lisa was renowned for her perseverance and resiliency towards life’s difficulties including her long and courageous journey — first with breast and then pancreatic cancer. She fought like a warrior all the way to the end. Lisa could be a fierce redhead, especially when it came to her protecting her pride & joy, her three boys: Paul, Ken and Dan Yahnke. It’s no surprise to anyone to hear about the time she got kicked out of her son, Paul’s, baseball game for telling the Ump he made the wrong call. For when it came to supporting her children, Lisa’s voice was most often the one others would hear coming from the stands.

Lisa spent half of her life in Sparta where she raised her boys. In 1993, she started working at Jubilee Foods in Sparta, where she developed many friendships in the bakery. She worked there until she moved to Taylor in 2007 to be with her soulmate and the love of her life, Jim “Woody” Schock. It was then, Lisa returned to her earlier days in life of traveling around the country, often on the back of a Harley. This was especially true after Woody retired in 2015. With an age difference of nine+ years, Lisa aspired to join him someday. However, Lisa continued to work at Whitehall Specialties until her diagnosis of pancreatic cancer in September 2021.

Balancing life was not hard for Lisa as she was an easy-going, rolling with life’s punches kind of gal. She enjoyed simply feeling the sun on her face, listening to the birds chirp, smelling the flowers and having the wind blowing through her hair. Lisa often shared memories of a very special trip she and Woody took in 2011 back to New Hampshire.

Besides her parents and siblings, Lisa enjoyed visiting with her brother-in-law, Roland Johnson; nieces Karen Johnson and Stephanie Foster. She also was delighted to spend time with her sister-in-law, Risa; nephew, Chlander (Kristie); and niece, Clara (Jeff) Grace. Lisa loved to look at and be in nature. On that particular trip, feeling adventurous, they went ziplining on Wildcat Mountain in Pinkham Notch, NH.

After six years of adventures, Lisa and Woody decided they were just “meant to be” and were united in marriage, August 3, 2013. They had a way of understanding each other as only your best friend and soulmate truly can. As Lisa often expressed, Woody made her feel special and always knew he would be by her side through thick and thin, including when she gained her heavenly wings. Through marriage, Lisa gained the daughter she never had, Jessica Schock and two more sons: Josh Schock and Eric Beirne.

A lover of all animals, she had many pets over the years. But none more important than her beloved coonhound, Ike, and her sweet cat, Callie, who always kept a watchful eye on her, especially these past few months.

Lisa’s grandchildren were her heart & joy, and she gained a few more when she married Woody. Her first blessing was grandson, Sean (Paul) Yahnke. Through marriage, she gained two step-granddaughters: Alayna Schock and Arianna Anderson (Josh). Just a few short years later, Jimmy and Greyson Yahnke (Dan) joined the crew. Last but not least, in the summer of 2019, Piper (Ken) Yahnke joined the family followed shortly by her sister, Pippi, just a year ago.

Aside from the loved ones already mentioned, Lisa in the past few years received the love and support of Bryn Edholm (Paul), Sarah Yahnke (Ken), and Randy Dresen (Jessica). Furthermore, Lisa held a special place in her heart for her aunt, Carol “Biff” and Uncle Anthony Prata; their children: Craig Magee and Katherine (Nikos) Zafirakis.

Loved ones that cleared the path for Lisa are her grandparents, Evelyn and Charles Hill, Clara and Roy Grace, Aunt Janette Anthony; and first cousins, Roy Grace and Patrick Davis.

And so, the story goes on until we see our Heema and our Sweetie again. We love to you and miss you, Lisa. You are now at peace.

There are many special people we wish to express our gratitude towards now and during these past nine months. In particular, we would like to thank Jake and Ed Schlesser, Bill and Kate Bollinger, Steve and Diane Moy, Steve Goetting, LaRayne Kupietz, Jane Gadzinski and Wanda Theisen. A Special Thank You to Lisa’s employer, Whitehall Specialties (now Ornua Foods) for their kindness during this time.

A Memorial Service will be held Friday, July 15, 2022, at 11:00 a.m., at Wozney-Killian Funeral Home in Arcadia. Visitation will be from 9:00 a.m. to 11:00 a.m. Lisa will be laid to rest in St. Stanislaus Catholic Cemetery. In lieu of flowers, memorials can be made through Royal Credit Union to the Lisa Schock Memorial Fund.

To express condolences to her family, please visit www.wozneykillianfh.com.