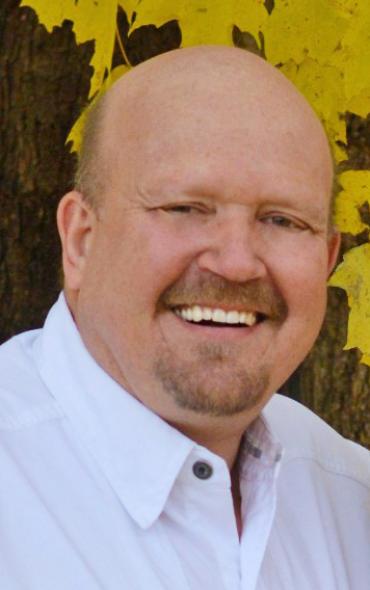 Manfred “Fred” John Litzenberger was a caring husband, father, opa, brother, nephew, uncle, cousin, and friend who left this world suddenly, April 5, 2021, at the age of 61.

Manfred was born to German immigrants, Jakob and Gerlinde Litzenberger, December 5, 1959, in Illinois. He became a big brother to Monica, and carried out antics with his cousin, John. Fred had an enriched childhood, learning a great deal about being a first generation American. He was fluent in both German and English, which came in handy when he went to visit his relatives overseas. Fred also pursued a love for the trumpet and bugle. This led him to meeting his best friend, Glenn Banfi.

His greatest adventure awaited him after his family moved to Galesville, Wis., as a young teen. At school, he met his beloved wife, Ann. They became inseparable. A photo became a testament to their love in their high school yearbook. It was captioned, saying, “Fred and Ann, always together.” He proudly proclaimed his bride was his one true love. They married in 1980, and spent almost 41 magical years pursuing their dreams. They moved to Prescott, Wisconsin and set down roots in the community. Fred lived a life full of service. He was proud of his years as a volunteer: firefighter (Dodge and Trempealeau), EMT (Prescott), and police officer (Prescott).

Fred’s legacy lives on in his wife, Ann; three cherished children: Amanda (Dave), Amber (Sean), and Adam (Weili); and four prized grandchildren: Howie, Freya, Elowen, and Petra; and sister, Monica (Tony) Oliver. His commitment and devotion to family was unfathomable. He was also a dedicated son-in-law to Robert and Mary Walski; as well as, a brother-in-law, cousin, nephew, and uncle to many. He gave his heart freely to each of them. Fred was preceded in death by his parents, Jakob and Gerlinde Litzenberger.

Fred touched the lives of many. He will be remembered for his humor, logic, pride, adventurousness, caring spirit, goofiness, loyalty and love. Fred was committed to seizing every moment in life. He was often found traveling, camping, motorcycling, hunting, dancing, hiking, biking, and watching football. He lived life full throttle.

Funeral services were entrusted to the O’Connell-Benedict Family Funeral Home of Prescott; Phone: 715-262-5404.