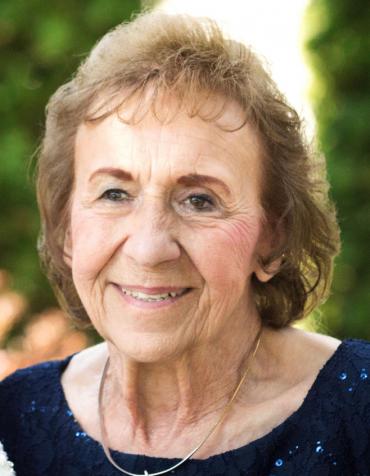 Marie was a caring and giving person who always put the needs of others before her own. She was a dedicated wife, mother, and grandmother. Some of her most enjoyable hobbies were watching her children and grandchildren participate in their activities.

She also shared her love for cooking and baking by making delicious food for her family and friends. She was a talented seamstress, creating many outfits for her family. Marie took pride in taking care of the flowers and landscaping around her house. In her younger days, Marie was an avid golfer, and you could always find her watching the latest golf tournament on TV. She also enjoyed bowling with a fun group of women.

Spending time with friends and having a good time was also a highlight in her life.

Marie worked hard her entire life. She held many different jobs throughout her working career. She worked at Gopher Glove Factory, was an in-home daycare provider, worked as a CNA at Grand View Care Center, in the deli at Clipper’s IGA and Ashley Furniture.

A Mass of Christian burial was held Monday, July 26, 2021, at 10:30 a.m., at Saint John’s Catholic Church, with burial in the Lincoln Cemetery, both in Whitehall. Father George officiated.