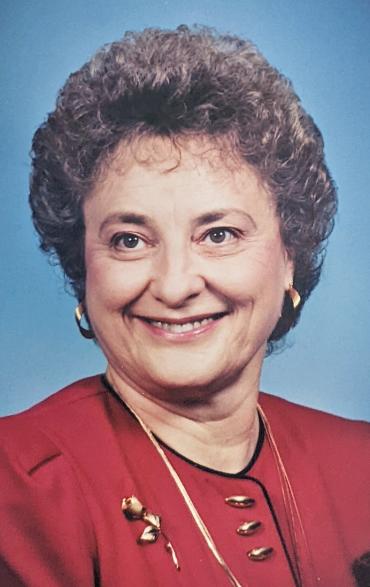 Mary Jo was born to Henry and Stella Wecker, December 13, 1937, in La Crosse. It was here that she spent her growing years, graduating from Aquinas High School (1955) and attending St. Francis School of Nursing/Viterbo, where she fulfilled her dream of becoming a Registered Nurse (1959). While in nurses’ training, Mary Jo met Jean Wolfe of Independence who became a life-long friend and was responsible for introducing her to George Halama, whom she married January 17, 1959, at St. John’s Church in La Crosse. George passed away June 6, 2013.

Mary Jo’s nursing career began at Mondovi Hospital (1959-1969). She worked as a staff nurse at Trempealeau County Health Care Center (1971-1996) and became the Director of Nursing Services in 1986. After retirement, Mary Jo and George volunteered much of their time out in the community and at the Ss. Peter & Paul Catholic Church and Parochial School. They also implemented the Babes Program (drug awareness) in the local community schools.

Mary Jo was a deeply devoted Catholic and was actively involved in the church community where she served as a sacristan, lector, and eucharistic minister. Along with George, Mary Jo took Communion to the homebound and those in nursing homes and the hospital. Mary Jo was also a member of the Rosary Society, Parish Council of Catholic Women (past president), Association of Miraculous Medal, Thirteenth of the Month Club-Association of the Marian Helpers. She was awarded the Woman of Light and the Western Dairyland Community Service awards.

Mary Jo spent her entire life caring for others. She was a dedicated nurse; a devoted wife, mother, and grandmother; a loving sister and daughter; and a fierce friend. For the last three years, Mary Jo battled with dementia. As with every other challenge in her life, she faced this one with amazing courage, strength, and grace. This was no surprise to her children as that was how their mom lived her life. Even as she lost her memory, she never ceased to be fearless, compassionate, strong, and, above all, unfailingly kind.

A Mass of Christian Burial will be held Saturday, August 20, 2022, at 10:30 a.m., at Ss. Peter & Paul Catholic Church in Independence. Visitation will be held Friday, August 19, 2022, from 4:00 p.m. to 7:00 p.m., at Edison Funeral Home in Independence, with a prayer service followed by a rosary at 7:00 p.m. There will also be a visitation one hour prior to the funeral service at church. Burial will be in the church cemetery.

In lieu of flowers, Mary Jo requested memorials which will be donated to Ss. Peter & Paul Catholic Church and Parochial School.