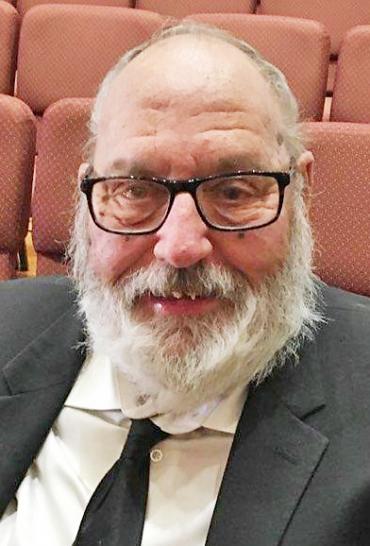 Tony was born December 7, 1945, in Minneapolis, MN. In high school, he attended a Christian youth group where he heard the gospel and put his faith in the Lord Jesus Christ. Shortly after high school, he joined the U.S. Coast Guard where he retired after 21 years. While stationed in Hawaii, he received word that someone was waiting for him at the front gate of the base where he was. It was LaVonne. She had quit her job at Honeywell in Minnesota and purchased a one-way ticket to Hawaii. Soon after that, they were married. Following his retirement from the Coast Guard, Tony lived in the Twin Cities area and worked for Prudential.

Tony and LaVonne were faithful members of Calvary Baptist Church in Robbinsdale, MN, where he served as deacon, taught Sunday School, worked in the bus ministry, ushered, and served in other areas of the church. In 2001, Tony and LaVonne moved down to Rio Rancho, NM. They were faithful members of Gospel Light Baptist Church, and he served as the “Lunch Lady” in their Christian School as well as in other various aspects of the church. He moved up to Galesville, Wis., with his son, Mark, in 2020. Tony was full of joy and was always ready to tell one of his often-repeated jokes or one-liners to anyone who would listen. He will be greatly missed.

Tony was preceded in death by his wife, LaVonne; daughter, Naomi; and a son who was still born.

There will be a memorial service held March 12, 2021, at 11:00 a.m., at Berean Baptist Church in Galesville. He will be buried alongside his wife, LaVonne, in Santa Fe, NM, at a later date.