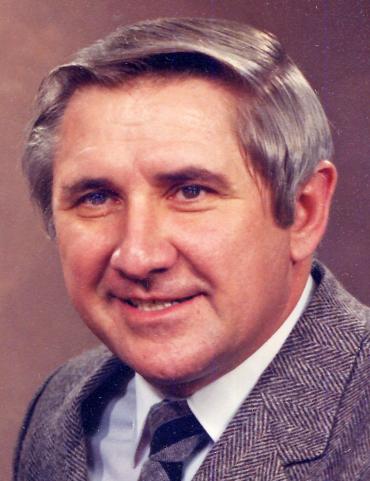 Ralph J. Bisek, 89, of Pewaukee, and formerly of Arcadia, died Tuesday, June 14, 2022, at his home in Pewaukee. Ralph taught instrumental music students in western Wisconsin and in the suburbs around Milwaukee for nearly four decades.

Ralph was born May 30, 1933, in Arcadia, the son of Jacob and Frances (Filla) Bisek. He attended the one-room schoolhouse north of Arcadia, just across the road from his family’s 200-acre dairy farm. He graduated from Arcadia High School in 1950. As a boy, Ralph enjoyed raising registered, purebred Duroc Jersey hogs and placed seven blue ribbons at the Wisconsin State Fair. He also enjoyed fishing, trapping muskrats and fox and deer hunting.

After high school, he attended Holy Cross Seminary and earned a B.A. degree in Scholastic Philosophy in 1957. Ralph did basic training in the U.S. Army in 1958, at Ft. Carson, CO, and then went on to serve in the Signal Corp at Ft. Richardson, AK. Following time in the U.S. Army, he received his B.S. degree in Music Education from Winona State University in Winona, MN, and was qualified to teach instrumental music to K through 12th graders. Ralph was the first in his immediate family to achieve a college degree.

He married Shirley Higbie in 1965 at St. Joseph’s Catholic Church in Menomonie. At the time of their meeting, Shirley was teaching home economics in the Gale-Ettrick Schools in western Wisconsin, where Ralph was director of bands. His beloved wife, Shirley, passed away in 1992. They were married 27 years. Together they had one son, Michael, who, during the past year, cared for his father at home until the time of his passing.

Ralph enjoyed adventures to many national and international destinations, including Hawaii, Alaska, Europe and South America, and especially reveled in camping trips with his wife, son and mother-in-law in the western U.S. Ralph enjoyed gardening and plants, including orchids, planting and tending groves of black walnut trees, baked poppyseed coffee cakes for church sales, and gifted many batches of his chocolates to family, friends and students at the holidays. He and his son were especially fond of biking, attending Milwaukee Brewers baseball games, and taking excursions to the country’s highest roller-coasters at Six Flags theme parks, and across the U.S. from Disneyland to Disneyworld.

Ralph taught instrumental music for 33 years in the Elmbrook School District in Brookfield, plus seven years as a substitute teacher. He retired full-time in 1995. Over those years, he taught more than 5,000 young students to play all types of wind, percussion and stringed instruments.

Following Shirley’s passing, Ralph invested himself in a wide range of interests. He was active in music, prayer and grief ministries well into his mid-80s. He helped develop a widows group at St. John’s Vianney Church of Brookfield, and sang in a 30-voice funeral choir. He participated in the St. John Vianney Voices Senior Choir, and in the year 2000, sang for the Pontifical High Mass at St. Peters Square in Rome. He was also in a 70-member men’s barbershop chorus called the Ambassadors of Harmony in Waukesha. In retirement, he also played in the University of Waukesha Symphonic Band. Later in life, he lived for about 10 years in Altamonte Springs, FL, where he again connected with music, playing in multiple church vocal and orchestral groups, including the Maitland Symphony Orchestra. He returned to Pewaukee in 2014.

In all, Ralph played the trombone for 65 years in many bands and orchestras, and sang tenor for 70 years in multiple choirs and at churches of various denominations, and at dozens of community and patriotic events. He is described by family and friends as joyful, curious, adventurous and eager to share what he learned, especially his love of life.

Ralph had many proverbs to share, including: “Yesterday is history, tomorrow is mystery, but today is a gift. That’s why we call it the Present.” One friend said of Ralph, “He never met a stranger. He always made fast friends.” He once wrote to a niece, “When things really go bad and the dark night of the soul seems to persist, I try to remember these words of St. Paul, “Eye has not seen, nor ear heard, nor has it entered into the mind of man, the things that God has prepared for those who love Him.” He added, “That is beauty.”

Ralph is survived by his son, Michael, of Pewaukee. He was preceded in death by his wife, Shirley; his parents, Jacob and Frances Bisek; and three brothers: Aaron, Ray and Lavern. He is also survived by four nieces and seven nephews.

A private interment is planned in Colfax. To share expressions of condolence, please email: michaelbisek@gmail.com.