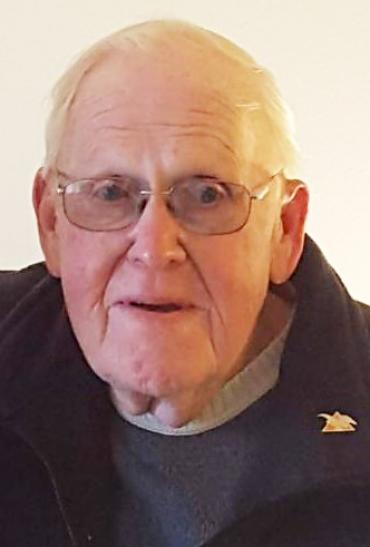 Richard “Red” A. Glowcheski, 84, of Arcadia passed away peacefully, Saturday, August 14, 2021, at Marinuka Manor in Galesville.

Richard was born at home in Arcadia, February 17, 1937, to Ambrose and Mildred (Feltes) Glowcheski. He attended schools in Arcadia and was co-captain of the Raider’s Football team. Red was a tough right tackle, and helped to lead his team to an undefeated season his senior year. After graduating from high school, Red began working for Arcadia Industries. He was united in marriage to Janice Marie Kupietz, October 22, 1960, at Saint Stanislaus Catholic Church in Arcadia. That same year, Red was drafted into the U.S. Army and served much of his time in Germany during the Berlin Crisis.

Upon arriving home, Red went back to work for Arcadia Industries until it’s closure in the late 1960s. Not long after, Red was offered a job by Ron Wanek to work at the new furniture factory that was moving to Arcadia. Red proved to be an asset, as he moved up to be a supervisor and ultimately the Vice President of Manufacturing for Ashley Furniture. He devoted 47 years of employment to Ashley until he completely retired in 2017. Red was a diligent worker, rarely missing work — a level-headed thinker and a quiet, down-home citizen.

Red was proud to be a life-long resident of Arcadia, as he served on the Arcadia Housing Board, and was a member of the Arcadia Eight — a group of gentlemen who formed the Arcadia Industrial Development Corporation. He was a life-long member of St. Stanislaus/Holy Family Parish and the Catholic Order of Foresters. In his spare time, Red enjoyed hunting, fishing, cutting wood, bowling, cheering on the Green Bay Packers, occasional trips to the casino, going for walks, his pets and spending time with Jan, family and friends.

He was preceded in death by his parents; his wife, Jan; and brothers: Frederick and Ronald.

A Mass of Christian Burial will be held Friday, August 20, 2021, at 11:00 a.m., at Holy Family Parish, with Reverend Sebastian Kolodziejczyk officiating. Family and friends are invited for visitation two hours prior to mass at church beginning with a Rosary at 9:00 a.m. Burial will be at St. Stanislaus Cemetery in rural Arcadia, followed by a luncheon at the Arcadia Country Club. A Celebration of Life will be held from 2:00 p.m. to 5:00 p.m., at Arcadia Country Club. His family wishes to extend a heartfelt thank you to the nurses and staff at Mayo Clinic Hospice and Marinuka Manor for making Red’s final days comfortable. To express condolences to his family online, please visit www.wozneykillianfh.com.