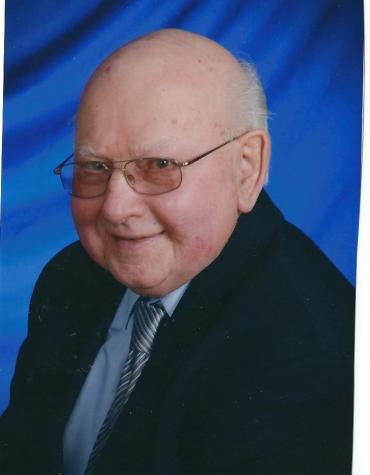 Richard enlisted and served with the U.S. Army Corps of Engineers from January 3, 1951, to December 28, 1952. After his military service, Richard started building some of the first chicken coops for Arcadia Fryers. He also owned and operated a gas and service station and the Rootbeer Stand in Arcadia. Richard later moved to Whitehall where he was employed with C. J. Woychik, eventually purchasing the business and founding R. J. Jurowski Construction.

Richard most enjoyed fishing and was always after walleyes in Shell Lake, Canada, or South Dakota. He enjoyed hunting whitetails in Plum Creek and also hunted elk, mule deer and caribou.

Richard and Margaret traveled to many states and countries. Even though he “retired” in the mid-90s, he was active with the construction company through October of 2019.

In addition to his parents and wife, Richard was preceded in death by a son, Greg; and two sisters, Theresa Ryan and Adeline Dabelstein.

A Mass of Christian burial will be held Thursday, March 12, 2020, at 10:30 a.m., at Ss. Peter & Paul Catholic Church with burial in the church cemetery, both in Independence. Father Mark Miller will officiate. Military graveside services will be conducted by the Hutchins-Stendahl American Legion Post #191.

Visitation will be Wednesday, March 11, 2020, from 5:00 p.m. to 7:00 p.m., at Jack Funeral Home in Whitehall where a Christian prayer service will be held at 7:00 p.m. Friends may also call one hour prior to the service on Thursday.

In lieu of flowers, memorials may be given to the charity or organization of one’s choice.

Richard’s family would like to thank Gundersen Health System in Whitehall and La Crosse and Grand View Care Center and Grand Avenue Assisted Living in Blair.