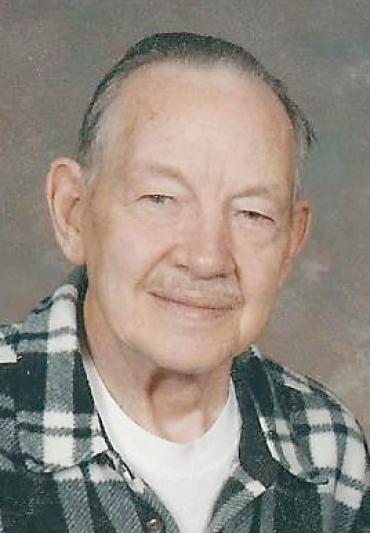 Robert Laverne Kashuba, 92, of Whitehall, died Friday, December 10, 2021, in his home, in the company of his son, Robert Simon.

Robert was born July 25, 1929, at the family home, to Andrew and Agnes (Kuchinski) Kashuba and was baptized at Holy Ghost Catholic Church, both in Milwaukee.

Robert’s father was a firefighter who died far too soon from pneumonia as a result from fighting a fire, leaving Robert, his Mom, older brother, Andrew Jr. and their four sisters. Andrew Jr. took over the responsibilities along with his mother to provide for the family.

After grade school, Robert enrolled at Pallottine Seminary College in Milwaukee for his last four high school years, graduating in 1947, contemplating for a short time becoming a priest. After a lot of thought, the decision was made to go out into the world and see what life had in store for him.

Robert enlisted in the U.S. Army and served in Korea for over three years, receiving an honorable discharge with the rank of Corporal in 1954. Following service, he worked several jobs including working for the Parks Department and County Hospital in the Milwaukee area.

He later acquired a lease through Clark to operate one of their gas stations, selling gas at 25 cents per gallon.

While Robert was in the service, but home on leave, he met his future wife, Agnes Marsolek, at a restaurant where she worked as a waitress. He dated her after his discharge from the service and while running the Clark Station. After a year, Robert decided to acquire employment with the city of Milwaukee Water Department reading meters home to home.

After their engagement, Robert married Agnes,  May 5, 1956, at Saint John’s Catholic Church in Whitehall. They made their home in Milwaukee, and, on July 31, 1958, they welcomed a son, Robert Simon.

During 1958, Robert decided to try selling insurance as an agent through the Prudential Life Insurance Company for approximately ten years. He then transferred to the Woodman of the World Life Insurance Company and the decision was made to move the family closer to Agnes’s parents to help them on their farm in Whitehall in March of 1968, continuing working for Woodman of the World throughout 1968.

Robert acquired a position as a plant guard for the Whitehall Packing Company. When Pinkerton Detective Agency took over guards of Whitehall Packing and Allis Chalmers in La Crosse, he was promoted to sergeant, requiring him to be in charge of the guard at both plants.

After Whitehall Packing closed and Pinkerton ended their contract with them, Robert acquired employment at Northern Flexible Products in Galesville, starting as a machine operator, then moving to shipping and receiving.

After several years, Robert decided to take a position with Reinforced Thermoplastics (RTP) in Winona, MN, a division of Fibrite, working with many different plastics and dyes for approximately 25 years and formed the Winona Free Union until his retirement at the age of 67.

Robert enjoyed reading, woodworking and do-it-yourself projects. For a time, he had an in home appliance repair he called Bob’s Fix-It.

Robert remained living with his son, who became his caregiver since late August of 2020, up until the time of his passing.

Robert is survived by his son, Robert Simon; and a sister, Nancy Doxtater.

In addition to his parents and wife, Robert was preceded in death by a brother, Andrew Jr.; and three sisters: Betty Grossmeier, Pat Ozdenk and Barbara Christenson.

Graveside services with military rites will be held Wednesday, December 15, 2021, at 1:00 p.m., at Lincoln Cemetery in Whitehall with Father George officiating.