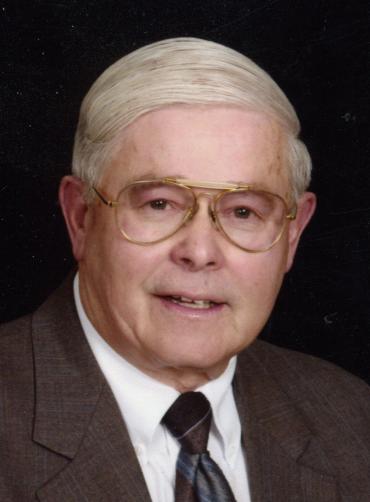 Roy William Fried Jr., 89, of Arcadia died Thursday, April 29, 2021, at Gunderson Medical Center, La Crosse, surrounded by the love of his family as he passed.

He attended grade school at the one-room schoolhouse in Eagle Valley, later graduating from high school in Fountain City. After high school, he managed the family farm with his brother, Donovan, and, in his late 20s, worked as a welder for Hossfeld Manufacturing Co. in Winona, MN. His ambition and love of talking to people carried him into the life insurance business for many decades, selling to rural families in Wisconsin. While successful at many things, his greatest joy came from working on the family farm in Eagle Valley. He maintained the farm into his 80s, prior to becoming ill with Parkinson’s disease.

Roy was formerly married to Mary Neville of Winona, MN. They had two sons together, eventually getting divorced but remained friends. Roy remarried a decade later to Elaine (Gamoke) Fried of Arcadia. Roy became a stepfather to Elaine’s four daughters. He and Elaine lived at their Arcadia residence until he moved into Bluff View Memory Care facility in Holmen, in 2019.

His sons fondly remember their dad as a hard-working, smart, and loving man. He was neat and tidy, with no room for clutter or messiness in his buildings, business, or life. Despite endless ambition, Roy always found time for his boys, newfound daughters, and their families. All of his children and grandchildren will remember him as a kind and caring man who would drop everything to help a person in need. When asked about how he’s doing, his smiling response was often, “Fair to Middlin.”

Roy had a soft heart for animals. It began with Hopalong Cassidy and Gene Autry, who were childhood cowboy idols of the 1940s and 50s. They spurred this young man’s dream of riding a beautiful horse and driving cattle somewhere out west. In his adult life, he couldn’t bring himself to hunt a deer or bird because they were simply too beautiful and one of God’s creatures. His later years were spent checking on the farm and having a border collie named Dusty riding with him wherever he went. It is fair to say that Dusty became his faithful cowboy sidekick.

Roy was preceded in death by his father, Roy Sr.; his mother, Elsie; and brother, Donovan. He is survived by his wife, Elaine; his sons: Roy (Sue) Fried and Barry (Laurie) Fried, his daughters by marriage: Faye (Jim) Schrader, Laura (Bryce) Wentworth, Karen (Todd) Wanek, and Beth (Gary) Coyle; and numerous beloved grandchildren and great grandchildren.

A Public Visitation will be held Friday, May 7, 2021, from 4:00 p.m. to 7:00 p.m., at St. Michael’s church, 38 N. Hill Street, Fountain City. Flowers or memorial contributions to the Eagle Valley Church are welcome and may be sent to this location. On Saturday, May 8, there will be a memorial luncheon held at the Roy Fried farm, S2744 County Rd. G, Fountain City, from 1:00 p.m. to 3:00 p.m. This catered meal of hot food and cold beverages, provided by the Monarch Public House in Fountain City, will be open to all family and friends celebrating Roy Jr.’s life.

A Private Funeral and Interment (for immediate family and pallbearers only) will be held Saturday, May 8, 2021, at 10:00 a.m., at historic Eagle Valley Church and Cemetery.

Visitation and funeral arrangements are being made by Fawcett-Junker Funeral Home and Crematory of Winona, MN.