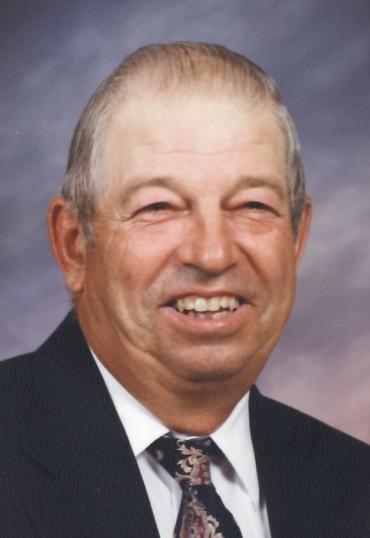 Rudolph Anthony Pronschinske Jr., 82, passed away peacefully, December 8, 2021, in the care of St. Croix Hospice at Grand View Care Center in Blair. He was born on the farm in Hesch Valley, in Waumandee, to Rudolph and Mary (Sendelbach) Pronschinske Sr. Rudolph was baptized at St. Boniface where he attended grade school. Rudy graduated from Arcadia High School.

After losing his Dad at a young age, he took over the family farm. Rudolph married Dorothy Fedie in Lima, WI, June 1, 1963. Early in their marriage, he milked cows and hauled milk in milk cans. He was a loving husband and together they raised six children on the farm. Farming was his whole life and even when the last few years the disease took its toll on his body and mind, he was always farming when he talked. Rudy loved his cows. He was very proud of his sons who followed in his footsteps and all four still farm in Hesch Valley today. The home farm has been in his family for well over 100 years.

In his younger years, Rudy enjoyed racing cars and then pulling ponies. He was a long time bowler for the Men’s and Ma & Pa leagues. He participated with other Waumandee residents in old timer softball games.

In his later years, Rudolph enjoyed playing golf or Euchre every Tuesday with his first cousins. There were lots of laughs and teasing amoungst those guys. He also spent many hours with his loving sisters playing cards or just visiting.

He loved all his grandkids very much, spending time watching them when parents were busy, and then attending their sporting events.

He will forever be remembered for his big smile, sense of humor and fun loving attitude.

Rudy was preceded in death by his parents; siblings: Doris Filla, Leora Skroch, Rita Bork, and Robert Pronschinske; as well as many in-laws and other family members.

Thanks you to all the caring staff at the Grand View Care Center and St Croix Hospice.

A Mass of Christian Burial was held Monday, December 13, 2021, at 11:00 a.m., at St. Boniface Catholic Church in Waumandee, with Father Aruldoss and Father Arturo Vigueras concelebrating. Friends and family were invited for visitation Sunday, from 4:00 p.m. to 8:00 p.m., at Wozney-Killian Funeral Home where there was a 7:00 p.m. rosary. Visitation was also held one hour prior to the service at the church on Monday. Burial was in St. Boniface Catholic Cemetery. To express condolences to his family online, please visit www.wozneykillianfh.com.