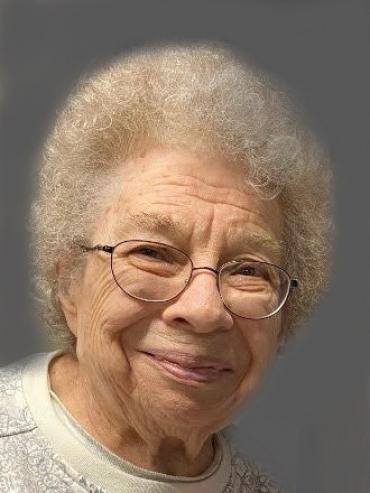 Ruth was born April 19, 1935, in Independence, to Carl and Augusta (Reck) Kampa. She graduated from Independence High School and then went on to Viterbo and earned her nursing degree. Ruth married Edward Ruf, November 16, 1957, at Ss. Peter & Paul Catholic Church in Independence, and celebrated 61 wonderful years of marriage together. Edward passed in July of 2019.

Ruth was a registered nurse at St. Joseph’s Hospital in Chippewa Falls and later at the Bloomer Hospital. She then devoted her time to her family by staying home and raising her children. She also completed much of the bookwork for “Ed’s Feed Service.”

Ruth enjoyed playing cards, bingo, gardening, traveling with Ed and spending time reading and studying the Bible. She had a strong faith which she instilled into her family, who were most important to her. She treasured her time spent with family and friends.

She was preceded in death by her parents; and a son, Mark.

Thompson Funeral Home and Chippewa Valley Cremation Services are assisting the family. Online condolences may be left at www.thompsonfuneralhome.com.