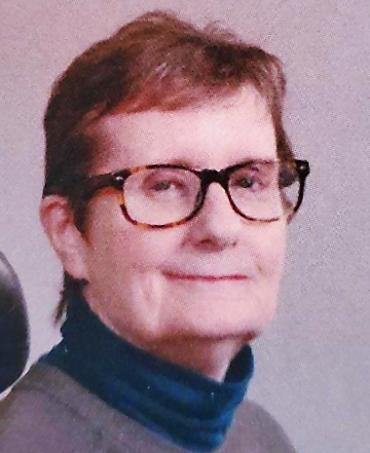 Sheila, a citizen of Canada, was born in London, England, January 5, l948, to James and Mary (Harkins) Baldwin. Her father was in the Royal Canadian Air Force, so the family was shuttled back and forth to military bases in Ontario and Quebec every few years until Sheila graduated from Trenton High School in Ontario in 1966. Following graduation, she worked briefly in Toronto, until the family moved to Germany in 1967, where her father had recently been posted. That year, she decided to join the Women’s Royal Air Force of Great Britain, working in administration until her discharge in 1972. She returned to Toronto and worked in a law firm there until attending Osgoode Hall Law School, York University, obtaining her law degree in 1977. Sheila then joined the Savage Law Firm of Toronto as an associate, later becoming a partner until 1980, when she married Elek Fenyes in Toronto and they moved to Europe. Geilenkirchen, Germany was the location of her next position as a legal assistant in the NATO International Law Office until 1982. Elek and Sheila were divorced in 1987.

While working in Schinnen, Netherlands, as a financial planner with U.S. Army Community Services, Sheila went on a blind date and met Lon Olson, a retired U.S. Army Warrant Officer and the love of her life. They were married December 2, 1989, in Schinnen, and in 1991, they moved from Europe to Lon’s grandmother’s house in Pigeon Falls where they were active in their community and loved to golf. Sheila worked as a financial services advisor at Royal Credit Union in Whitehall from 1994-1998.

In 1998, Sheila and Lon set off in their RV to travel the country, eventually settling in Zephyrhills, FL, where Sheila worked in social services in a nursing home. In 2009, Sheila suffered two strokes leaving her paralyzed on her left side and, in 2010, Lon passed away suddenly. Sheila decided to return to Pigeon Falls and resided at the RCAC apartments of the Pigeon Falls Health Care Center until her illness in March of 2022.

Sheila was preceded in death by her parents, James Firth Wood and Mary Drewett Baldwin; and her beloved husband, Lon Olson.

A graveside service and burial will be held Saturday, May 21, 2022, at Evangelical Lutheran Cemetery in Pigeon Falls at 2:00 p.m., with Pastor Mary Ann Bowman officiating.