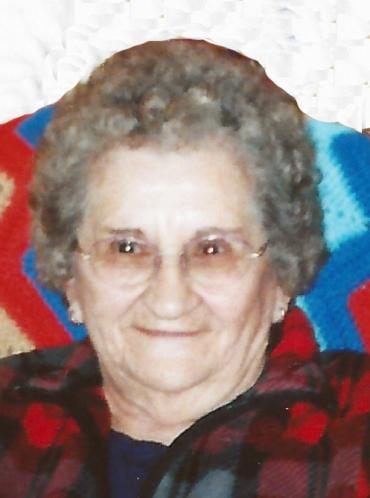 Vickie walked over the hills in all types of weather to attend the rural Penny one-room schoolhouse. She worked in Chicago during World War ll as a ‘Rosie-the-Riveter’. After the war, Vickie worked with her husband on the farm in Borst Valley, rural Independence, from 1947–1979. The couple then moved to Independence where she worked with a group of ladies cleaning houses.

Vickie enjoyed fishing with her family, doing word find puzzles and going to casinos with her daughter. She was a member of Ss. Peter and Paul Catholic Church in Independence, as well as the women’s organization and rosary society.

A Mass of Christian Burial was held Tuesday, March 17, 2020, at 10:30 a.m., at Ss. Peter and Paul Catholic Church in Independence.  Rev. Woodrow H. Pace officiated. Burial was in the church cemetery.

Visitation was held one hour prior to Mass at the church on Tuesday.