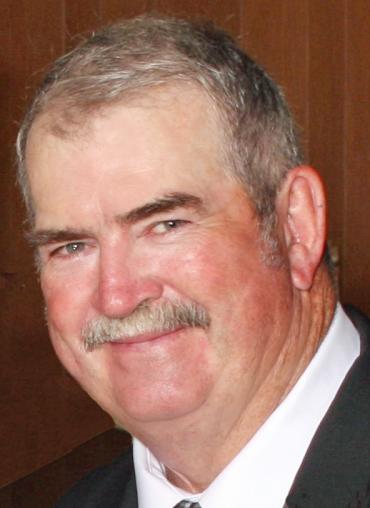 William “Bill” Baecker, 71, of Independence, passed away peacefully, with his family by his side, Sunday, January 23, 2022, at Gundersen Lutheran Hospital in La Crosse, after a twenty-five year, hard-fought battle with Parkinson’s Disease.

Bill was born August 27, 1950, in La Crosse, to Walter and Margaret (Walker) Baecker. He graduated from Independence High School in 1968. Bill married Margaret (Marge) Klein, July 6, 1974, at St. Adrian Catholic Church in Adrian, MN. They lived in Independence all of their married life. He was the proud father of two sons: Nick and Patrick (Hondo). The highlight of his life was being “Papa” to his grandsons, Bennett and Logan. He always looked forward to their visits and spending time with them.

Bill worked as a road construction laborer and machine operator for most of his life, the majority of it being spent with Trierweiler Construction of Marshfield, Wisconsin. Bill and his brother, Bob, purchased the former E & J Bar in 1989, and renamed it the B & B Lounge. Bill became sole owner years later. It became a popular watering hole for people in the area.

Bill was also the sponsor of many community projects and fundraisers, including Hawgs for Dogs, United Cerebral Palsy Benefits and helping to prepare and deliver holiday meals to the homebound in Independence. Bill was always ready to lend a helping hand to anyone in need. He had a lion’s roar with a heart of gold. Bill was an avid sports fan, especially of his beloved Green Bay Packers, and was a Packers season ticket holder. He also enjoyed watching Badgers and Brewers games.

Bill was preceded in death by his parents Walt and Marge Baecker.

A Mass of Christian burial was held Saturday, January 29, 2022, at 10:30 a.m., at Ss. Peter & Paul Church in Independence. The Very Rev. Woodrow Pace was the main celebrant. Burial was in the church cemetery.

Family and friends were invited for the visitation at Ss. Peter & Paul Catholic Church, Friday, January 28, 2022, starting at 4:00 p.m. A vigil prayer service was held at 7:30 p.m., followed by recitation of the Rosary. Visitation also took place one hour prior to the start of the Mass on Saturday.

The family wishes to thank the staff of Grand View Care Center of Blair, for taking care of Bill over the past three years.

Online condolences may be offered at www.edisonfuneralhome.com. Bill will be sadly missed. May he rest in peace.