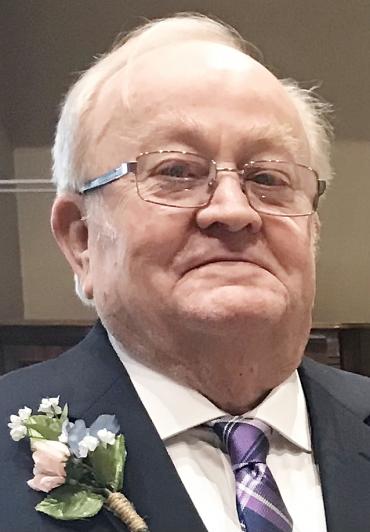 William graduated from Arcadia High School in Arcadia. Following graduation, he joined the U.S. Air Force and gave 20 years of his life to the service. While in the Air Force, William spent nine years in England and completed three tours. He was also sent to Vietnam for a year before his retirement in 1973. Once retired, William became the head custodian at Bellevue Public Schools in Nebraska and gave another 25 years of committed service before retiring in 1996. He and his wife moved to Arlington, OH, in 2015, to be near family. They resided at the Good Samaritan independent living.

William was a member of TREA (The Retired Enlisted Association) along with his membership to VFW Post 2280. William attended, and was a member of, St Mary’s Catholic Church in Bellevue, NE. He and his wife moved to Arlington, OH, in 2015, to be near family. They resided happily at the Good Samaritan independent living.

A Mass of Christian Burial was held Monday, October 4, 2021, at St. Michael the Archangel Catholic Church, Main Church (on Bright Road). Father Peter Grodi officiated. Burial will be held at a National Cemetery at a later date. Visitation was held Saturday, October 2, 2021, from 1:00 p.m. to 4:00 p.m., at Coldren-Crates Funeral Home. The Hancock County Veterans Memorial Squad presented full military rites at the conclusion of the visitation. Memorials can be directed to the National Veterans Association by visiting nvf.org and online condolences can be shared with the family at coldrencrates.com.