OPINION: Packers’ Draft Could Be Dull Dive for Depth 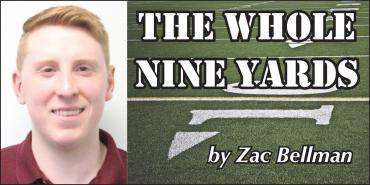 Perhaps it has been drowned out by the continuous speculation on Aaron Rodgers’ future with the Green Bay Packers, but the NFL Draft has almost felt like an afterthought this year.

Normally at this time of year, many Packers fans especially find themselves pouring over analysis, mock drafts and speculation on what positions they would like to see addressed.

While reactionary cries swirl to solidify the secondary based primarily on Kevin King’s poor NFC Championship game and the persistent chant of “Get Aaron more weapons!” the reality is far less dire. Green Bay is coming off consecutive 13-3 regular seasons, something they have not done since the Super Bowl years of Favre in 1996-1997. There were justified concerns about the Packers being able to maintain the core of that success as the season drew to a close, but the retention of left tackle David Bakhtiari and star running back Aaron Jones largely dispelled those fears.

I did peruse the mock draft roundups this week and found the typical, yet consistently inaccurate predictions of a flashy perimeter player. The problem with these predictions is that they ignore what general manager Brian Gutekunst’s recent history of draft philosophy has proven itself to be. Each draft is a chess match of adjusting targets based on best player available and best fit with the organization, but the trend over the past three years for Gutekunst has been away from perimeter players.

In his first draft after taking over in January of 2018 for the late Ted Thompson without a full year at the helm, Gutekunst drafted two cornerbacks with Green Bay’s first two picks (Jaire Alexander and Josh Jackson) and three wide receivers using mid-round selections (J’Mon Moore, Marquez Valdes-Scantling and Equaninmeous St. Brown). Since that draft, Green Bay has drafted one corner (Ka’dar Hollman in the sixth round of 2019) and zero wide receivers.

Could the argument be made that Green Bay is thus “due” for an early-round investment on the perimeter? Perhaps, though selections of King, Josh Jones, Damarious Randall, Quinten Rollins and Ha Ha Clinton-Dix over the past decade should temper expectations on the success rate there. Green Bay has also still not drafted a first round wide receiver since Javon Walker in 2002.

The idea that the Packers are “one player away” it also seems has been disproven rather than informed by the last two seasons. Far more than one player contributed to the 28-10 and 27-7 holes Green Bay dug themselves into in NFC Championship games the past two years. In 2016, one player was not thwarting a 31-0 start for the Falcons in that NFC Championship embarrassment. What those losses all seem to have in common was a lack of depth.

Gutekunst has been quietly building a new core while attempting to maintain the old, focusing draft capital along the offensive and defensive front. He also gave us a glimpse of the post-Rodgers backfield last year with the selections of Jordan Love and A.J. Dillon, even if Rodgers’ outstanding season last year threw a wrench in their timeline.

Barring a radical re-shift in thinking however, do not be surprised if the top pick is a left tackle of the future rather than Rodgers’ favorite new target.