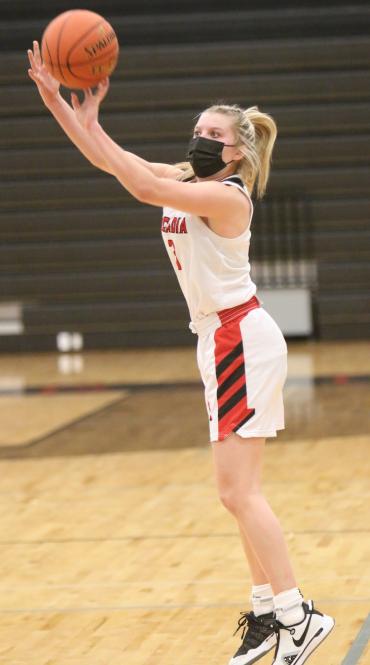 The honors were announced last week as Arcadia senior Chloe Halverson and sophomore Breah Golden were first-team honorees. Halverson, the team’s point guard, led the conference in assists per game (5.2), was second in rebounds (8.0) and seventh in scoring (12.2), while shooting 47.2 percent from the field. Golden was third in the conference in scoring (15.9) and second in assists (3.2).

While they only ended up playing six conference games, G-E-T’s Lindsey Lettner finished as the leading scorer in the conference, averaging 18.1 points per game.

Also earning first-team honors were Ella Jordan of West Salem and Macy Stellner of Westby. The second-team was made up of Maddie Quick and Kendall Gerke of West Salem along with Cassie Warren and Rachel Koenig of Onalaska Luther and Jada Berg of Westby.

Both Arcadia and G-E-T had athletes earn honorable mention as sophomore Autumn Passehl was picked for Arcadia as was G-E-T senior Rachel Amoth. Passehl averaged 11 points per game, shooting 47.2 percent from the field. Amoth averaged 7.7 points per game.